The ISIS version of a holiday card was issued this week when a propaganda outfit operated by ISIS supporters vowed “Christmas blood” on a poster circulated through the usual Telegram fanboy corners.

After ISIS’ Halloween massacre… they’re undoubtedly eyeing the holiday season… For terrorists, the season is the reason.

In the image, which is stylized like video game graphics (a nod to ISIS’ fondness for ripping off video game images as they angle to recruit the kind of jihadist who is more immersed in “Call of 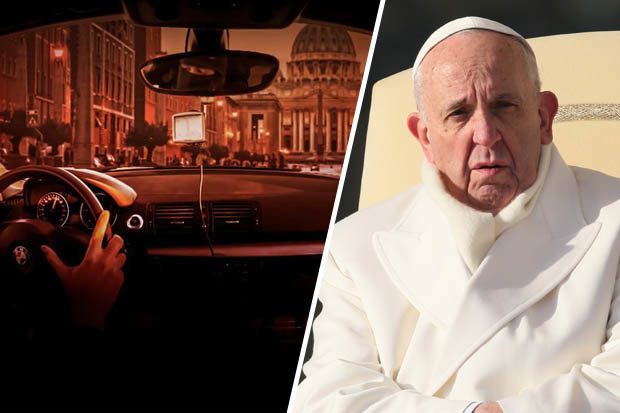 Duty” than the Quran), a masked driver steers a BMW down Via della Conciliazione in a straight shot toward St. Peter’s Basilica. In the passenger seat, a backpack, rifle and handgun; under the Christmas threat, the words “So wait…”

The Wafa’ Media Foundation released the poster; their previous PR efforts have included all manner of photoshop including portraying soccer stars as ISIS victims in several posters threatening next year’s World Cup and juicing up Sayfullo Saipov’s rental truck attack by adding some burning, crumbling buildings to the Manhattan skyline.

After ISIS’ Halloween massacre – the deadliest terror attack on New York City since 9/11 – they’re undoubtedly eyeing the holiday season that meshes with their message.

When ISIS threatens “people of the cross” or worshippers or defenders of the cross, they’re referring to Westerners in general without bothering to check if they have individual church affiliations. Through the “Christmas blood” Wafa’ warning and their constant references to the Vatican, ISIS is trying to send a message that, succinctly, the Crusade is still on.

They’ve always had it out for the pope; during their recent rampage through a Catholic church in Marawi, Philippine jihadists tore up photos of Pope Francis as well as Pope Emeritus Benedict XVI. The pope’s image is frequently included in ISIS videos and literature, accompanied by rants about Crusaders.

The terror group’s ultimate goal of sacking St. Peter’s traces back to the beginning of the caliphate, when ISIS released a series of e-books rambling about their philosophy, structure and mission statement. One of those books was “Black Flags from Rome,” which detailed how they planned to work their way to a showdown with the Swiss Guard – even theorizing that Sicilian Mafia would likely try to stymie their advance up from the boot toe up through Italy.

Hence the name of their magazine Rumiyah – or Rome – which was monthly but hasn’t released a new issue since September. “Rejoice, for by Allah, we will not rest from our jihad except

beneath the olive trees of Rumiyah,” read the table of contents inscription in each issue.

Terror groups, typically, kill without regard to the victims’ religion as they pick targets (though there have been targeted attacks both internationally and in the domestic US) – a beachfront in Nice, an airport in Belgium, a bike path in Manhattan – where nobody’s being screened for their faith or lack of it. In the past two holidays seasons, though, ISIS followers have found Christmas events to target in high-profile attacks: the 2015 attack on a Christmas party for county employees in San Bernardino, and the 2016 truck attack on the bustling Christmas market in Berlin. Australian police said last year that they had foiled “an imminent terrorist event” planned for Melbourne at Christmas. 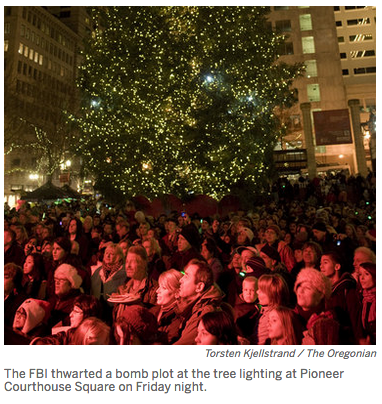 Going back a little further, al-Qaeda set the stage for ruining Christmas: Shoe bomber Richard Reid tried unsuccessfully to take down a transatlantic flight on 22 Dec 2001. Underwear bomber Umar Farouk Abdulmutallab similarly failed in his attempt to take down a Detroit-bound plane on Christmas Day 2009. In 2014, al-Qaeda in the Arabian Peninsula’s Inspire magazine suggested Christmas attacks and even advised jihadists to don a Santa beard to blend in; an issue the following year used a Christmas light as an ingredient in a homemade grenade recipe.

ISIS followers have found Christmas events to target in high-profile attacks: the 2015 attack on a Christmas party for county employees in San Bernardino, and the 2016 truck attack on the bustling Christmas market in Berlin.

For terrorists, the season is the reason. While they’re happy to see attacks any day of the year, they’re attracted to Christmas by the symbolism and, on equal footing as 81 percent of non-Christians in America celebrate Christmas, the sheer crowds of joyful and very distracted revelers. The 9 Nov. National Terrorism Advisory System bulletin warns of attacks that employ “vehicle ramming, small arms, straight-edged blades or knives, homemade explosives, and poisons or toxins.” 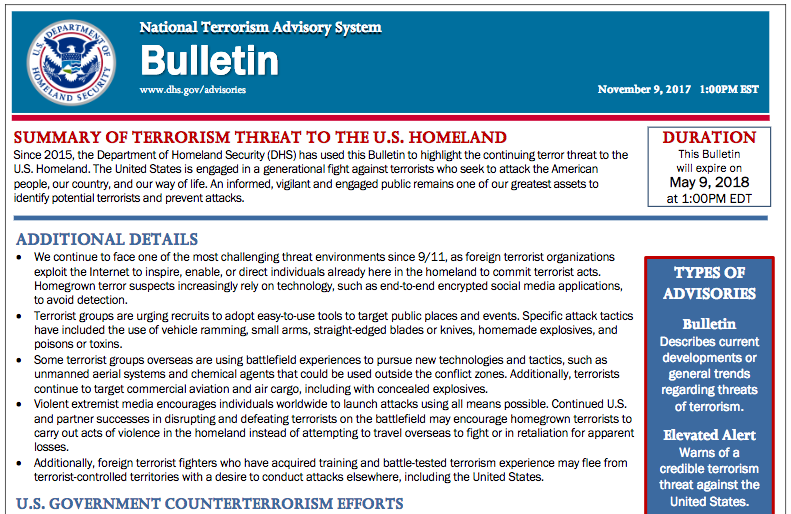 Jihadists might also unfortunately draw inspiration from this year’s deadly attacks on churches in the United States, as they see just how soft the targets are and difficulties individual congregations would have securing all periods of worship and events. The San Bernardino attack showed that a Christmas target doesn’t have to be the Rockefeller tree to garner the desired attention and death toll, so small churches in small towns have to consider tailored safety precautions as cathedrals in major cities must. Churches should also be aware that terror groups have promoted less conventional means of attack against houses of worship; the January issue of Rumiyah suggested arson against various targets including the First Baptist Church in Dallas – “a popular Crusader gathering place waiting to be burned down.”

In a season where packages abound, it can be even more challenging to spot abandoned shopping bags or parcels that could contain incendiary devices. Packed retail stores increase the likelihood of casualties in a mass shooting. Outdoor gatherings pose a tempting target for vehicular attackers as they might not see those crowd sizes again until the weather warms. Increased security, employee training (including seasonal temps) and public alertness are needed in a comprehensive effort to see something, say something, respond quickly, and keep Christmas merry.