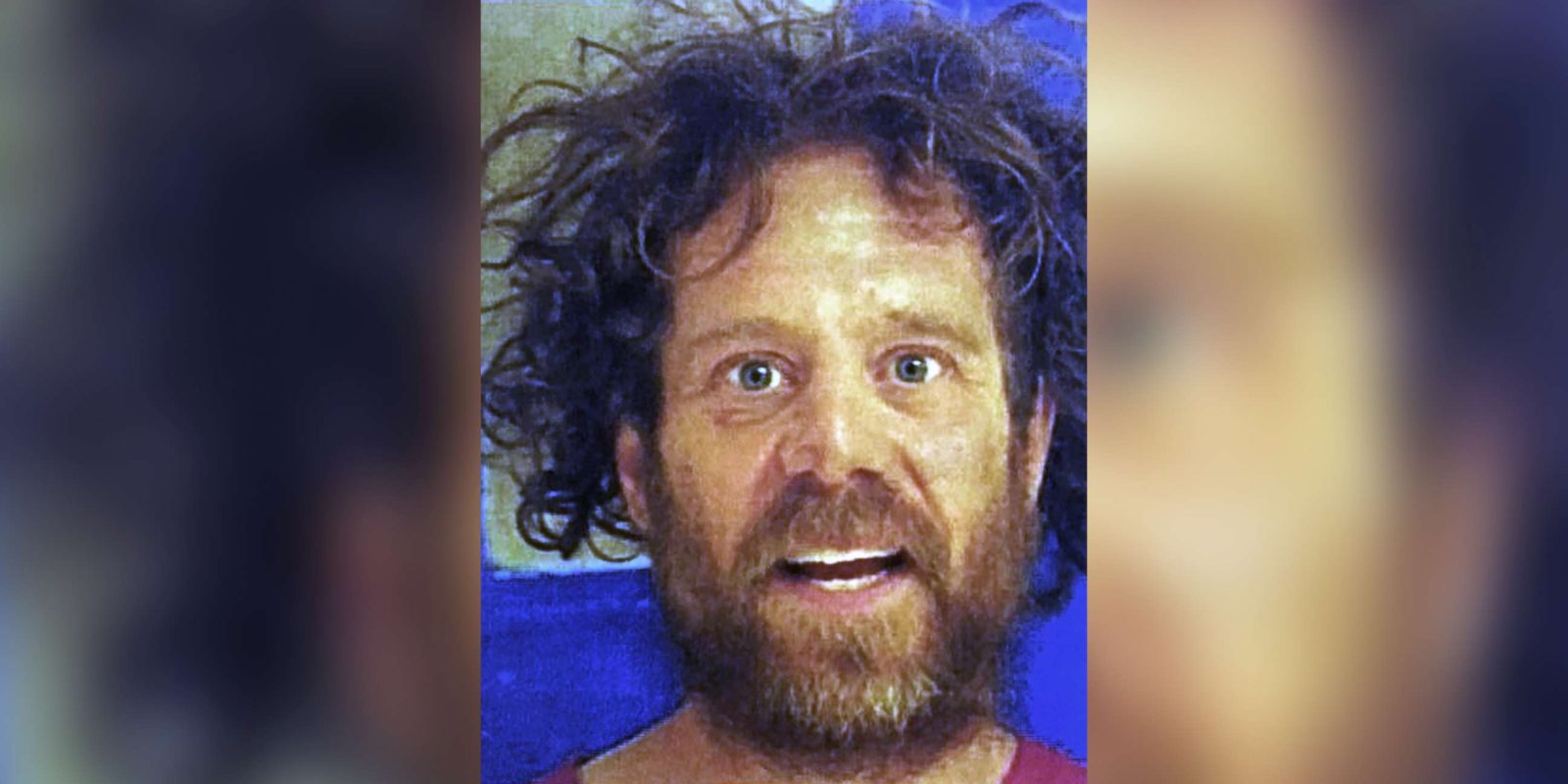 For all the tragedy of the Tehama County spree killings, the scene at an elementary school wasn’t worse because staff not only executed their lockdown plan but recognized just when to put it into action.

His small-town shooting rampage began on 13 Nov. with the murder of his wife; (then) he turned from victims with whom he’d had long-running acrimonious interactions to targets selected at random.

Gunman Kevin Janson Neal committing violence wasn’t exactly unforeseen: Tehama County sheriff’s deputies were frequently called to his Rancho Tehama Reserve neighborhood, including half a dozen times in the past year for reports by neighbors that Neal was firing bullets their way or discharging a weapon in another unsafe manner. Neal had been ordered to turn over his weapons after his 31 January arrest for assaulting two neighbors with a steak knife, and told the court that the gun he turned in was his only firearm. Neal himself sometimes called the cops, accusing neighbors of cooking meth though police couldn’t confirm his possibly delusional suspicions.

His small-town shooting rampage began on 13 Nov. with the murder of his wife; Neal hid her body underneath their mobile home. The next day, Neal donned a tactical vest, armed himself with a semi-automatic rifle and two handguns, killed two of his neighbors and stole a pickup belonging to 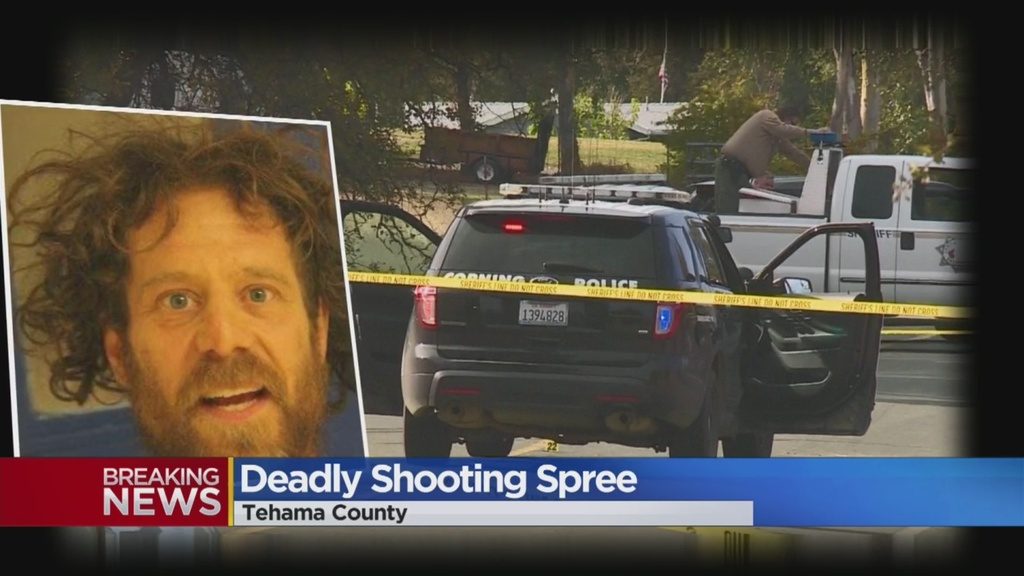 one. At this point, he turned from victims with whom he’d had long-running acrimonious interactions to targets selected at random. He fired into a vehicle, wounding a woman and her three sons.

When he crashed through the gate of Rancho Tehama Elementary School, he may have had a specific target in mind: the young son of one of the slain neighbors. When FBI agents told the 7-year-old his father had been murdered, the boy reportedly responded, “I know who it is. It’s my neighbor.” Another neighbor said that a few days before the shooting spree, he heard Neal threaten to kill both the neighbor and his son. Though there were injuries at the school, nobody died as Neal sprayed walls and windows with AR-15 fire.

Neal’s rampage continued with more random shootings including in the course of a carjacking after he crashed his pickup; two more people were killed. Sheriff’s deputies eventually caught up with Neal and killed the shooter. 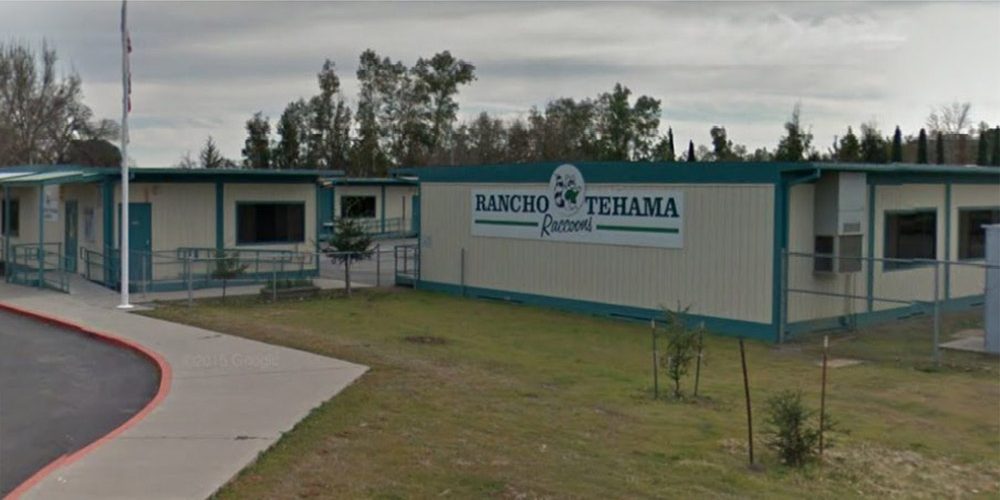 just luck. The school is small, with under 100 students and four classrooms, so Neal could cover a small area with rounds rather quickly. It would also mean singling out a particular student, if that was his intention, would be an easier task.

The first bullets were heard just before 8 a.m., when Neal was close by. After hearing three rounds fired, the school went into lockdown mode. Kids who were playing in the yard were hustled into classrooms and parents were herded into the school office. The lockdown wasn’t done, though, by the time Neal rammed through the school fence.

“The school secretary recognizing the threat — that quickly made all the difference between 100 kids being around today and dozens being shot or killed… That amount of seconds was critical.”

Neal first fired at the school custodian, who appeared and made eye-to-eye contact with the shooter – then, in a dash of luck that bought the school occupants a few more seconds, he appeared to be grappling with a jammed weapon. Not even 10 seconds after the lockdown was complete, Neal was inside the school’s quad. He fired at buildings; a 6-year-old boy was wounded with shots to the chest and foot, and immediately received first aid from school staff. He tried to get into locked classrooms to no avail, and even checked the bathroom to see if anyone was hiding in there. He also fired into adjoining woods.

The shooter gave up and left after about six minutes.

“The school secretary recognizing the threat — that quickly made all the difference between 100 kids being around today and dozens being shot or killed,” Corning Union Elementary

There’s no harm done by executing lockdown mode at the first hint of trouble, without a cue from law enforcement – if it turns out to be a false alarm, then you’ve gotten the benefit of drilling your safety plan.

Preparedness should be threat-informed, risk-based, deliberate, coordinated, and tailored to the individual organization. Drills should be tailored to factors such as student body size, various attack times of day, facilities (and safer areas within buildings such as libraries, gyms and cafeterias) and grounds layout, and plans should be crafted in conjunction with local first responders. Special circumstances should be taken into account, including likely paths of entry for a school shooter, less-secure portable classrooms, special-needs students who may need extra assistance getting to safety or a school shooting that doesn’t begin until the gunman is already inside a classroom.

One of the variables that could have gone wrong in Tehama County was that, with so few seconds to spare in orchestrating the lockdown, students could have been stuck in the bathroom that was checked by the gunman. Another consideration pulling the community into lockdown planning is how the neighborhood, both residential and commercial, has played and can play a role in school shooting safety – half a dozen children fled from Sandy Hook Elementary in 2012 to a nearby home after their teacher was killed.

At Rancho Tehama Elementary School, the lockdown plan saved lives. It was an alert staffer who put the plan into action without waiting for additional proof of potential carnage. And as every staffer adapted to the scenario of a gunman crashing through the gate, it was a custodian who diverted the shooter just long enough to get everyone inside and lock the doors.

Related: “School district staff outline emergency procedures,” via Casper Star Tribune, @cstribune, 20 Nov 2017, http://trib.com/news/local/education/school-district-staff-outline-emergency-procedures/article_5d623b70-8374-561a-8768-610f034fceda.html. The article briefly addresses the local school’s procedures for responding to an incident and highlights the existence of a deliberate approach with built-in flexibility for urgent decision-making and response.