As if potential attacks at malls didn’t give security professionals enough on their hostile events preparedness plate, an incident in Washington state showed white supremacists taking their activity into the shopping hubs where America’s melting pot heads to buy, eat and mingle.

Just before Thanksgiving, Matthew S. Holland, 26, pleaded not guilty in Kitsap County Superior Court to two counts of felony malicious harassment stemming from a 9 Sept. incident that reportedly began with a recruitment attempt at the Kitsap Mall in Silverdale, Wash.

Holland allegedly approached employees at a mall kiosk, said he attended meetings of a local white supremacist group, and invited them to join. He also reportedly later told responding Kitsap County sheriff’s deputies that he’s a white supremacist and member of a white nationalist organization.

A Hispanic security guard responded to the scene and Holland allegedly called him a slur, demanded to see his proof of legal residency and threatened to kill him

After leaving the kiosk, Holland allegedly began harassing a group of people playing Pokémon Go at the mall and “aggressively” demanded to know if a woman of Philippine origin was legally in the country. The kiosk employees called security. A Hispanic security guard responded to the scene and Holland allegedly called him a slur, demanded to see his proof of legal 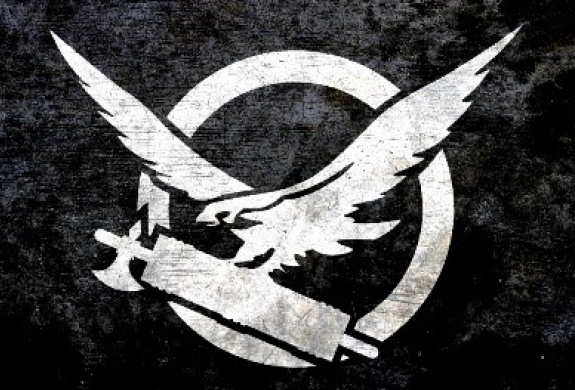 residency and threatened to kill him. Deputies released Holland after his girlfriend arrived on scene; a warrant for his arrest was issued on 13 Nov. and his trial is currently scheduled for 16 Jan.

The mall employees told deputies that Holland was recruiting for “Vanguard National,” according to the local report. There was National Vanguard, a splinter group from the neo-Nazi National Alliance; the Southern Poverty Law Center reports that the group “fell apart” a decade ago. If not a typo, the mall workers may have misheard the name “Vanguard America,” a white supremacist group that has been getting more aggressive in its on-the-ground activities and recruitment of young men.

Vanguard America… “is particularly focused on recruiting young men and has engaged in unprecedented outreach efforts to attract students on American college campuses.”

Vanguard America is easily recognizable to many Americans as the group clad in white polo shirts and khaki pants wielding black shields and chanting “blood and soil” at the deadly white supremacist rally in Charlottesville, Va., in August. James Alex Fields, who was arrested 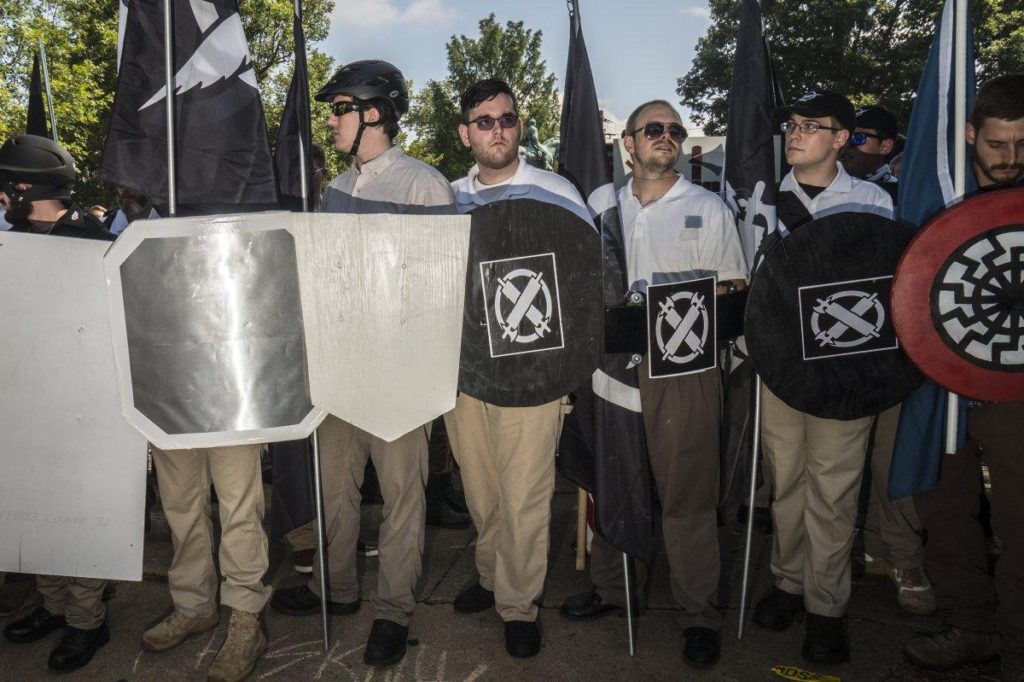 on murder and malicious wounding charges for plowing his car into a crowd of counter-protesters, was photographed earlier in the day protesting with Vanguard America as he wore the white-khaki uniform. The group’s leadership denied that Fields was a member.

During the 2016-17 school year, the ADL recorded 32 incidents of Vanguard America fliers being posted on campuses in Arkansas, California, Florida, Indiana, Maryland, New Jersey, Oregon, Texas, Virginia and Washington. (Identity Evropa, which has also been recruiting on college campuses through their #ProjectSiege, has also been targeting Washington, including last month at Seattle Pacific University.) Vanguard America has also harassed synagogues and left an

anti-Semitic banner on the Lakewood, N.J., Holocaust memorial in July.

This heightens security concerns in places beyond demonstrations at the feet of Confederate memorials. Those protests have helped white supremacist groups gain media attention. Now, various groups want to gain relevance through luring sympathizers as members. The targeting of young men is par for the course in extremist movements: picking vulnerable recruits who can easily be convinced that society is shortchanging them, and converting their energy into action on behalf of the group. The Department of Homeland Security lists as a potential behavioral indicator of possible radicalization to white supremacist extremist violence “attempting to recruit or radicalize others to pursue acts of violence in the United States on behalf of WSE goals.”

Hate crimes reported to the FBI rose nearly 5 percent in 2016. Anti-Semitic incidents in the United States surged 67 percent from the beginning of this year to the end of September, compared with the same period in 2016. Establishments should monitor and report cases of white supremacist activity on their premises, not just for the comfort and safety of staff and customers but to assist authorities as they identify hotbeds of recruiting and operations.