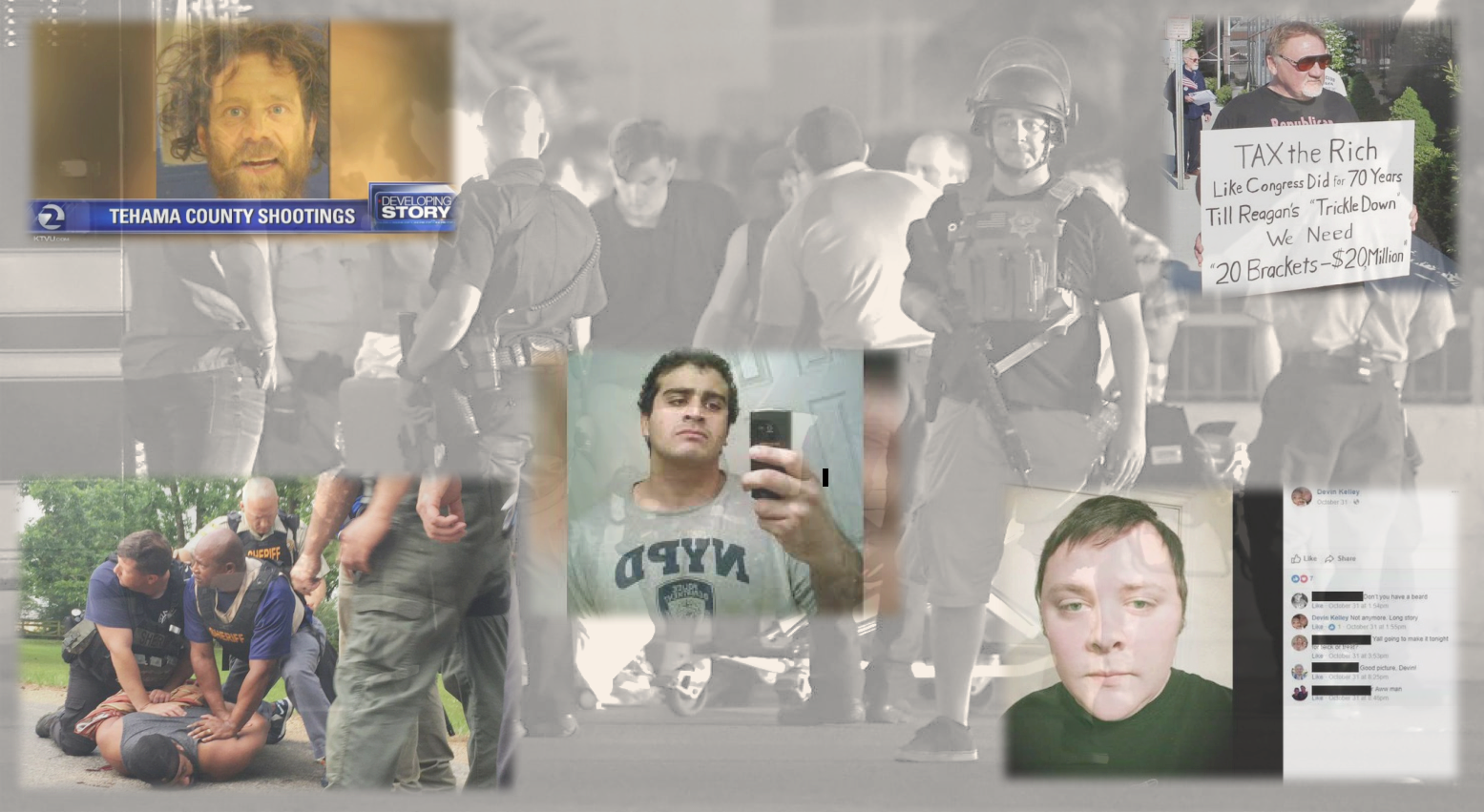 There’s a strong pattern of mass shooters and homegrown terrorists who have also been perpetrators of domestic violence, underscoring how violence on the homefront should be regarded as a security issue that can escalate to mass casualty incidents.

More than half of mass shootings in the U.S. between 2009 and 2016 have featured a gunman linked to domestic violence… The trait extends to terror suspects claiming an ideological motive for their murders.

Devin Kelley killed 26 people at the First Baptist Church of Sutherland Springs, Texas, in the 5 Nov. mass shooting that ended after an armed neighbor engaged the gunman. The former airman had been released in 2014 under a Bad Conduct Discharge after serving a year in the brig following a court-martial on assault charges related to choking his then-wife and fracturing the skull of her infant son. The Air Force, which is investigating the matter in greater depth, said their initial findings indicated Kelley’s domestic violence “was not entered into the National Criminal 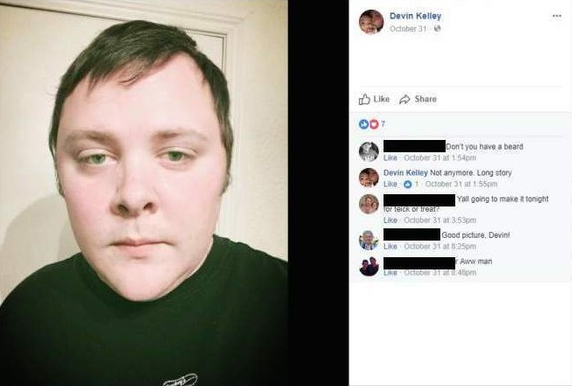 Information Center database by the Holloman Air Force Base Office of Special Investigations.” He should have been banned from buying guns, but in April 2016 purchased a Ruger AR-556 from a San Antonio sporting goods store.

Tessa Brennaman, Kelley’s first wife and the victim in that court-martial, recently described their violent home life. “He would choke me, punch me, kick me. There would be times where I was on the floor curled up and having to protect my organs because he would be violently kicking me,” she said. “…He had a gun in his holster right here and he took it out and he put it to my [temple]. He told me, ‘Do you want to die? Do you want to die?’” Kelley remarried in 2014, and other women have described harrowing incidents of sexual harassment and assault from the gunman in the years

Though shocking that he was able to buy a weapon considering his history, Kelley’s past as a predictor of his shooting rampage was hardly a shock. More than half of mass shootings in the U.S. between 2009 and 2016 have featured a gunman linked to domestic violence. Esteban Santiago, set to go on trial next year for the January mass shooting at the Fort Lauderdale airport baggage claim, was arrested for domestic violence a year before and never appeared to have completed a court-ordered anger-management course. Arcan Cetin, who opened fire at the Cascade Mall in Burlington, Wash., in September 2016 and committed suicide behind bars this year, had assaulted his stepfather and mother and threatened to rape his ex-girlfriend. James T. Hodgkinson, who nearly killed House Majority Whip Steve Scalise (R-La.) when he opened fire on Republican members of Congress practicing baseball this summer, was 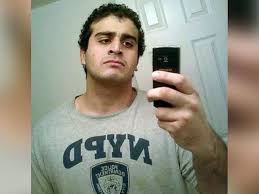 The trait extends to terror suspects claiming an ideological motive for their murders. Boston Marathon bomber Tamerlan Tsarnaev had previously been arrested on accusations that he hit his live-in girlfriend. The ex-wife of Orlando nightclub shooter Omar Mateen described a hellish four-month marriage of physical and emotional abuse and isolation from her family. Mohamed Lahouaiej Bouhlel, who plowed through Bastille Day crowds in Nice, France, in July 2016, was estranged from his wife and accused of domestic violence. Man Haron Monis was out on bail, accused of being an accessory to his ex-wife’s murder, when he took hostages in Sydney’s Lindt Café in December 2014.

As violent as the act of domestic violence is, patterns show it’s also gateway violence that can lead to many more deaths or injuries… About 4,000 women die from domestic violence each year, and more than half of homicides happen after a woman has left her abuser. The domestic violence can also be the trigger for mass casualty incidents

As violent as the act of domestic violence is, patterns show it’s also gateway violence that can lead to many more deaths or injuries. Not only does it show the offender’s propensity for violence, overwhelming desire for control, and lack of empathy – never a good cocktail – but these crimes can also bring to the forefront potential mental instability for which an offender may receive treatment before it’s too late. 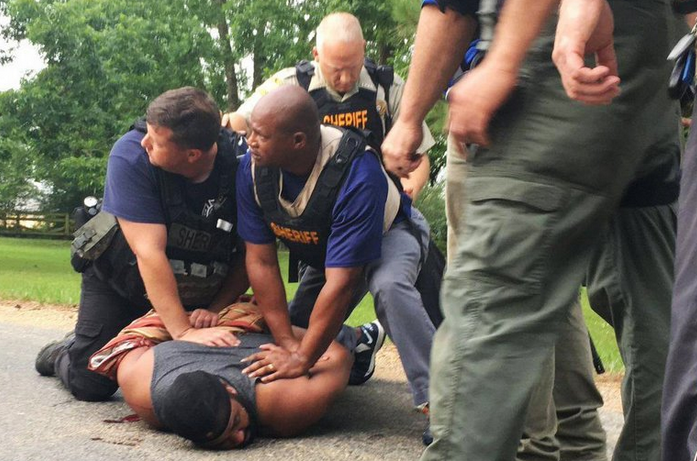 About 4,000 women die from domestic violence each year, and more than half of homicides happen after a woman has left her abuser. The domestic violence can also be the trigger for mass casualty incidents. In May 2017, Willie Cory Godbolt was accused of opening fire at a home where his estranged wife and their two children had been staying in Bogue Chitto, Miss., and taking the shooting to two more locations before being arrested. Eight people were killed, including a sheriff’s deputy. “They’ve been going back and forth for a couple of years with that domestic violence,” the wife’s stepfather noted.

employers can be part of the solution

Spotting and reporting domestic violence – the abused and the abusers – and the justice system following through with adequate punishment, treatment and monitoring can be critical in stopping mass shooters, spree killers and terrorists. As home violence inevitably impacts the workplace and is sometimes the root cause of workplace homicides, employers can be part of the solution with policy development that ensures open, safe communication about domestic violence situations and mandatory training in recognizing the signs of domestic violence, including how to respond when receiving reports from victims or others in the workplace.