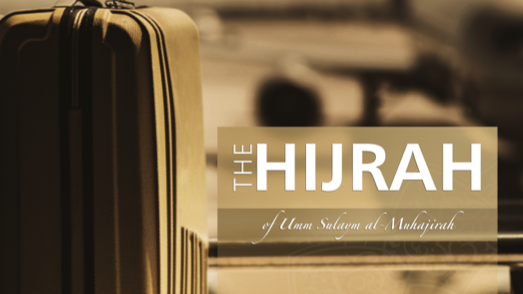 The latest issue of the Islamic State’s English-language Rumiyah magazine featured a testimonial from a woman identified only by her nom de guerre, Umm Salaym al-Muhajirah, describing leaving Australia to make hijrah to Daesh territory in Syria. “ASIO (Australian Security Intelligence Organisation) was also blinded and were unable to gather enough information to prevent me from flying despite their continuous efforts,” she wrote, describing a flight with her two children from Abu Dhabi where she set up travel arrangements to Turkey.

The woman’s tale and standard Daesh call for Western migration to their caliphate-claimed turf seem retro at best – frankly, there’s not much of a state left to run to.

“I wanted my children to be nurtured under the shade of the Khilafah, where they would be taught the correct ‘aqidah in an environment void of kufr, shirk, and open immorality and glorification of sins. I wanted them to grow up with jihad being our reality,” she wrote. “…I could no longer 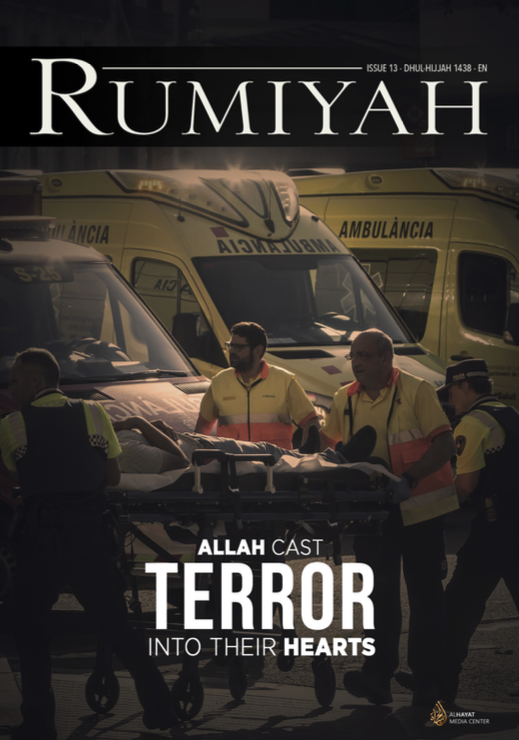 tolerate living in Australia, and the guidance of our ‘scholars’ was insufferable.”

The writer described being imprisoned for a time in Turkey, captured while trying to get from Gaziantep to the border.

“Today, I continue to be grateful to Allah that my children and I are in the Islamic State. And despite everything that has occurred, I am forever grateful to Allah that He has granted us the blessing of living in the Khilafah under the shade of tawhid and the Shari’ah, where the Crusader armies have united in their quest to invade us,” the woman continues. “…And let these Crusaders take heed, for just as the Khilafah is filled with men who love death more than the Crusaders love life, likewise are the women of the Islamic State.”

The woman’s tale and standard Daesh call for Western migration to their caliphate-claimed turf seem retro at best – frankly, there’s not much of a state left to run to. “The flow of foreign fighters has slowed to a trickle,” UK Army Maj. Gen. Rupert Jones, deputy commander for strategy and support in Operation Inherent Resolve, told Pentagon reporters a month ago.

Deputy Attorney General Rod Rosenstein concurred in a 30 Aug. speech that “some foreign fighters have left ISIS territory to find new battlefields and new targets” while “others have returned to their home countries.” OIR Commander Lt. Gen. Stephen Townsend described trouble “between local ISIS fighters and foreign ISIS fighters, and we saw that playing out” in remaining Iraqi caliphate territory. Daesh has even slacked on their weekly newspaper, Al-Naba, drawing complaints from their online followers.

Foreign fighters are looking for a way to get out, not get in, and the Daesh migration sales pitch, which two years ago touted delicious cappuccinos and endless piles of Snickers and Kit-Kat to lure westerners, is as weak as it’s ever been. So instead of being viewed as a last-ditch recruitment jump-shot, the inclusion of such an article should be read between the lines as a call to either migrate to territories Daesh hopes to further develop, such as the Philippines, or, more realistically, do jihad at home.

Foreign fighters are looking for a way to get out, not get in, and the Daesh migration sales pitch, which two years ago touted delicious cappuccinos and endless piles of Snickers and Kit-Kat to lure westerners, is as weak as it’s ever been.

A summer report by Europol noted more women being arrested in terror plots, including a quarter of arrested terror suspects in the UK last year. “Female militant jihadists in the West perceive fewer obstacles to playing an operative role in a terrorist attack than men, and successful or prevented attacks carried out by women in Western countries may act as an inspiration to others,” the report said.

Last summer, hackers targeting Daesh accounts online reported a concerted effort at terrorist recruitment of non-Muslim 13 to 15-year-old American girls online. The Daesh social media operatives targeted lonely young teens, pulling them into their web before the girls realized that they were dealing with Daesh. At least one girl who contacted #OpISIS hackers for help said she had been forwarded bomb-making plans and told to strike a specific target in her hometown.

Terror groups have regularly featured a token women’s column in publications, with varying degrees of calling on women to act in support roles for their jihadi husbands or participate in direct attacks. Tehreek-e-Taliban Pakistan (TTP) went one step further this summer and launched “Sunnat E Khaula”  (the Way of Khaula, a 7th century Islamic female warrior) women’s magazine to “provoke women of Islam to come forward and join the ranks of mujahideen… Distribute literature reflecting on the obligation of jihad, arrange physical training classes for sisters. Learn how to operate simple weapons. Learn the use of grenades.”

Daesh, while steeped in misogyny and infamously kidnapping women and girls for abuse as sex slaves, wants to widen their recruitment pool, gender irrelevant, to have a shot at rebuilding. Highlighting an Australian woman risking all for Daesh, coupled with Abu Bakr al-Baghdadi’s months-long writing-on-the-wall calls for jihadists to stay home or find new provinces to fill, underscores that the terror group is summoning women to a state of play more than a physical state.

Image of women being sold by Daesh / Islamic State via Vice News, “Women Abducted by the Islamic State Feared Trapped in Sexual Slavery” by @samueloakford on @vicenews, https://news.vice.com/article/women-abducted-by-the-islamic-state-feared-trapped-in-sexual-slavery