The purpose of the Gate 15 Threat and Risk Analysis Cell (TRAC) is to be aware of threat patterns and its analysis of the past week’s open source landscape bore fruit with four observations on the all-hazards threat environment. The C-suite’s role in cyber security and ability to understand the threats is unsure, leading to uncoordinated efforts to defend networks. Continued pressure against Islamic State holdings in Mosul sees the group lashing out with chemical attacks and the threat of using weaponized drones. Research is showing that businesses are still struggling to understand what cyber threats they face. 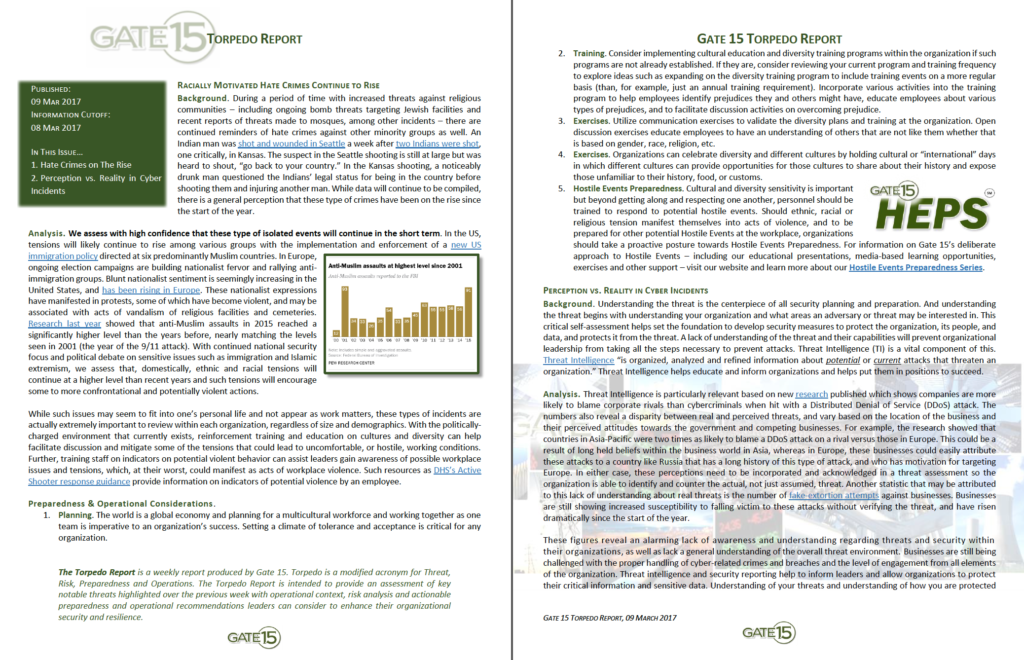 Attacks targeting certain ethnicities are expected to rise in the near future, as Dave Pounder notes in Wednesday’s Threat Dashboard. “An Indian man was shot and wounded in Seattle a week after two Indians were shot, one critically, in Kansas. The suspect in the Seattle shooting is still at large but was heard to shout, “go back to your country.” In the Kansas shooting, a noticeably drunk man questioned the Indians’ legal status for being in the country before shooting them and injuring another man. While incident information will continue to be compiled as part of the law enforcement investigations, there is a general perception that these types of crimes have been on the rise since the start of the year. Nationalist and anti-immigration enthusiasm has seemingly increased in the United States, and has also been rising in Europe.”

Thursday’s Torpedo Report develops the theme further, “While such issues may seem to fit into one’s personal life and not appear as work matters, these types of incidents are actually extremely important to review within each organization, regardless of size and demographics. With the politically-charged environment that currently exists, reinforcement training and education on cultures and diversity can help facilitate discussion and mitigate some of the tensions that could lead to uncomfortable, or hostile, working conditions. Further, training staff on indicators on potential violent behavior can assist leaders gain awareness of possible workplace issues and tensions, which, at their worst, could manifest as acts of workplace violence. Such resources as DHS’s Active Shooter response guidance provide information on indicators of potential violence by an employee.”

Another key topic in the Torpedo Report was cyber threat perception versus reality, as there has been “new research published which shows companies are more likely to blame corporate rivals than cybercriminals when hit with a Distributed Denial of Service (DDoS) attack. The numbers also reveal a disparity between real and perceived threats, and vary based on the location of the business and their perceived attitudes towards the government and competing businesses. For example, the research showed that countries in Asia-Pacific were two times as likely to blame a DDoS attack on a rival versus those in Europe. This could be a result of long held beliefs within the business world in Asia, whereas in Europe, these businesses could easily attribute these attacks to a country like Russia that has a long history of this type of attack, and who has motivation for targeting Europe. In either case, these perceptions need to be incorporated and acknowledged in a threat assessment so the organization is able to identify and counter the actual, not just assumed, threat.” 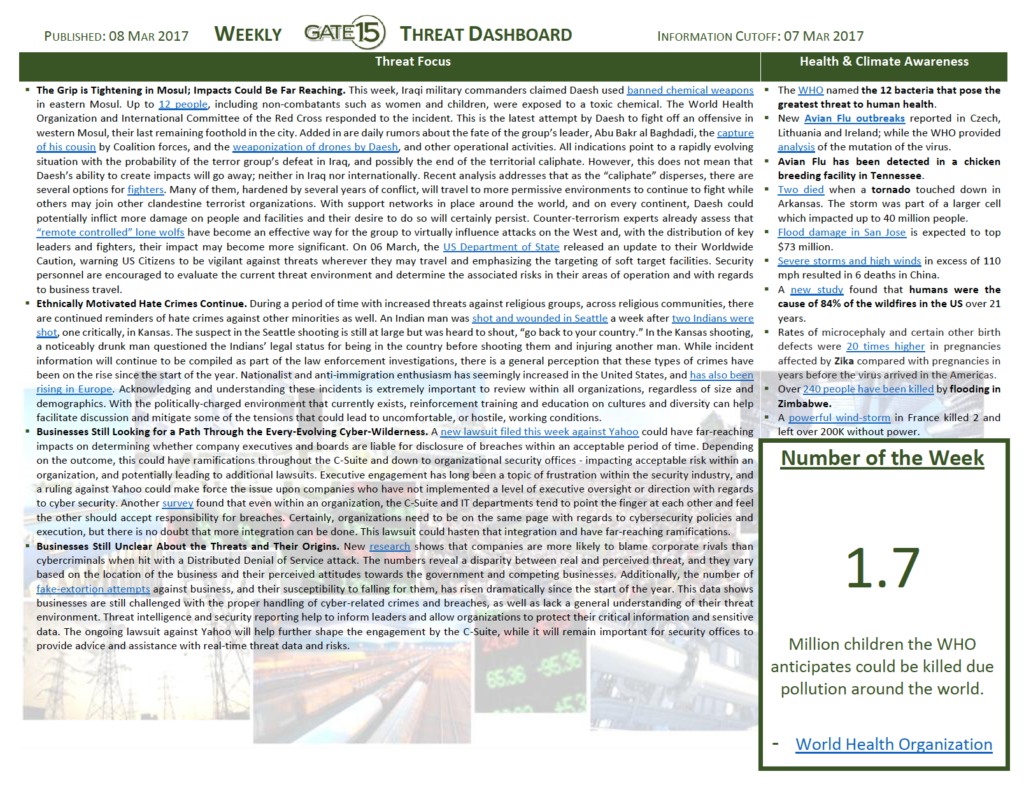