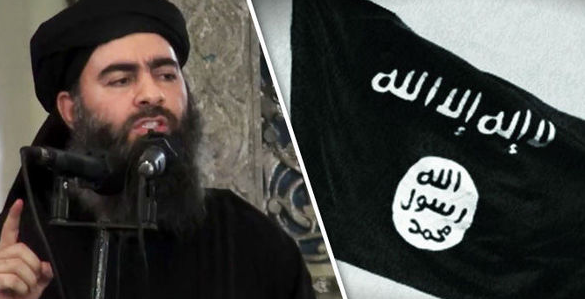 Fresh audio of Daesh’s self-proclaimed caliph Abu Bakr al-Baghdadi was released by the terror group in November shortly after the Iraqi campaign to retake Mosul launched and was already not going well for the occupiers. Nowadays, with Daesh’s declared capital, Raqqa, about 75 percent retaken by the Syrian Democratic Forces, Baghdadi’s voice has popped up again in a new recording that contained one particular warning of note among the terror leader’s rote lecture on Sunnis’ duty to fight for his team.

The new Baghdadi tape, which includes a year-later reference to the battle for Mosul that appears to place its creation within a fairly recent timeframe, functions more as a proof-of-life recording than a vehicle for a groundbreaking message.

The November address by Baghdadi emphasized the usefulness of stay-at-home jihad as migrating to the Islamic State would be either impractical for many or, as the terror leader tacitly seemed to admit, useless at the moment. Instead, he referred to outlying provinces including Afghanistan, the Caucasus, Indonesia, Philippines, Sinai, Bangladesh, West Africa and 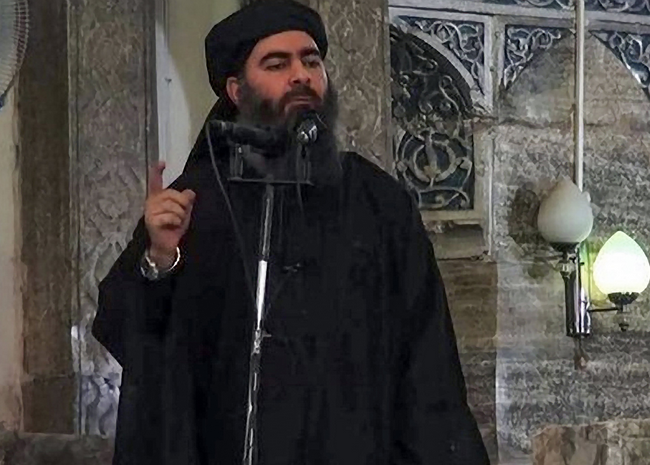 North Africa as the “base of the caliphate,” knowing that the Iraq-Syria base was well on the way to erosion.

The new Baghdadi tape, which includes a year-later reference to the battle for Mosul that appears to place its creation within a fairly recent timeframe, functions more as a proof-of-life recording than a vehicle for a groundbreaking message. The 46 minutes are largely filled with Quranic quoting, references to current events such as the North Korea nuclear crisis and Russia flexing its muscles to underscore Western vulnerability, and calling on nearby Sunnis – make that every Sunni – to fight in some way for Daesh instead of picking pledge week for another terror group (maybe Hamza bin Laden’s millennial al-Qaeda, which has to be needling Baghdadi like a hot poker). Daesh quickly rolled out a transcript in a new issue of their weekly al-Naba newsletter.

The standout soundbite in Baghdadi’s new message called on jihadists to “intensify one attack after another against the infidels’ information centers and their centers of ideological war.” This could be interpreted broadly as anything from a government agency’s communications shop to a church bulletin, but the general context appears to be the media and/or social media.

Even though Daesh has built their communications empire and inspired other terror groups to step up their media game – in Afghanistan, the Taliban who would punish the populace for watching TV now have their own video studio, magazines and English-language propaganda website – they’ve also depended on Western media to spread their horror and stoke fear. When media stopped seizing on every gory video produced by the terror group, Daesh introduced new gruesome ways of torturing and killing victims to try to regain that mainstream shock-and-ugh – sort of like a horror franchise that keeps making each sequel more graphic to keep reeling in viewers.

The standout soundbite in Baghdadi’s new message called on jihadists to “intensify one attack after another against the infidels’ information centers and their centers of ideological war.” This could be interpreted broadly as anything from a government agency’s communications shop to a church bulletin, but the general context appears to be the media and/or social media.

How could the guy who was TIME’s 2015 Person of the Year runner-up really harbor animosity toward the media? In 2014, Daesh allowed German journalist Jürgen Todenhöfer to come visit and share their story, allowing him to return home safely after the reporting was done. Of course, they haven’t been that forgiving to other journalists who have come to report on their crimes. The small citizen journalist group Raqqa Is Being Slaughtered Silently, which smuggled video and other reporting of Daesh occupation out of Syria, is so loathed by the terror group that they even tracked members to Turkey and murdered them on what should have been safe turf. 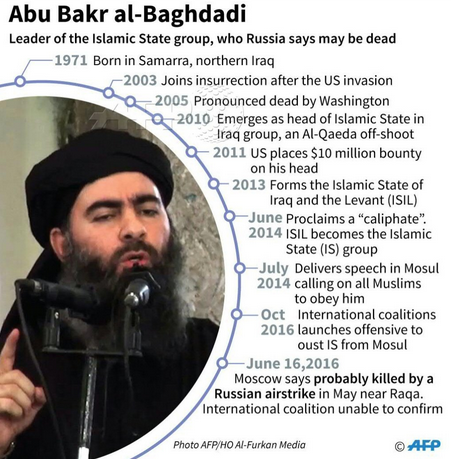 Terror groups for the most part tend to not hassle journalists and pundits; al-Qaeda’s Inspire magazine regularly includes a cherry-picked collection of Western media quotes and clips from stories. When it comes to social media, though, they’re far less forgiving as companies come under pressure for not doing more to choke off extremist content, hackers take down accounts and linked terror content, and journalists participate in spreading the #OpISIS campaign message as well as report threats that they find to the authorities. Forced to shift to different distribution platforms as censors started to pay more attention, Daesh has issued multiple threats against Twitter and Facebook staff as well as corporate heads as revenge for blocking their content.

But it’s one terror group’s use of a popular social media hashtag that underscored how easy it is for extremists to whip up threats against the messenger. Al-Shabaab, lashing out at a New York-based web video channel for interviewing a former member, issued a lengthy retort in June branding the outlet “fake news.” (Daesh has called some of the reporting of their battlefield losses in Iraq and Syria fake news as well, while running their own whitewashed reports.)

“…Your ‘journalism’ is acting as a tool for defamation, misrepresenting the truth, trivializing the entire struggle and reducing the Jihad to such simplicity as ‘he said’, and ‘she said,’” the terror group warned. “Fear Allah, Akhi, and do not be carried away with disseminating slander in the form of ‘journalism’, thereby inadvertently preventing the Muslims from the path of Allah.”

Baghdadi’s call to target media could be reflecting this shift from seeing journalists as a “necessary evil” on the publicity front to an evil roadblock for jihadists. Though there’s not a more specific known threat to media organizations at this time aside coinciding with the Daesh leader’s address, traditional media and social media companies should use the terror leader’s directive as a call to shore up in-house security and online procedures as well as precautions for traveling staff, i.e. foreign correspondents.

“ISIS is really really bad at the development of encryption software and malware… The apps are sh*t to be honest, they have several vulnerabilities in each system that renders them useless.” – Kyle Wilhoit, senior security researcher at DomainTools, speaking at DerbyCon, via The Register

The Cyber Caliphate, though recently described as “garbage” coders, doesn’t need a physical Islamic State in which to operate, so the war on free information could look less like IEDs and more like DDoS.