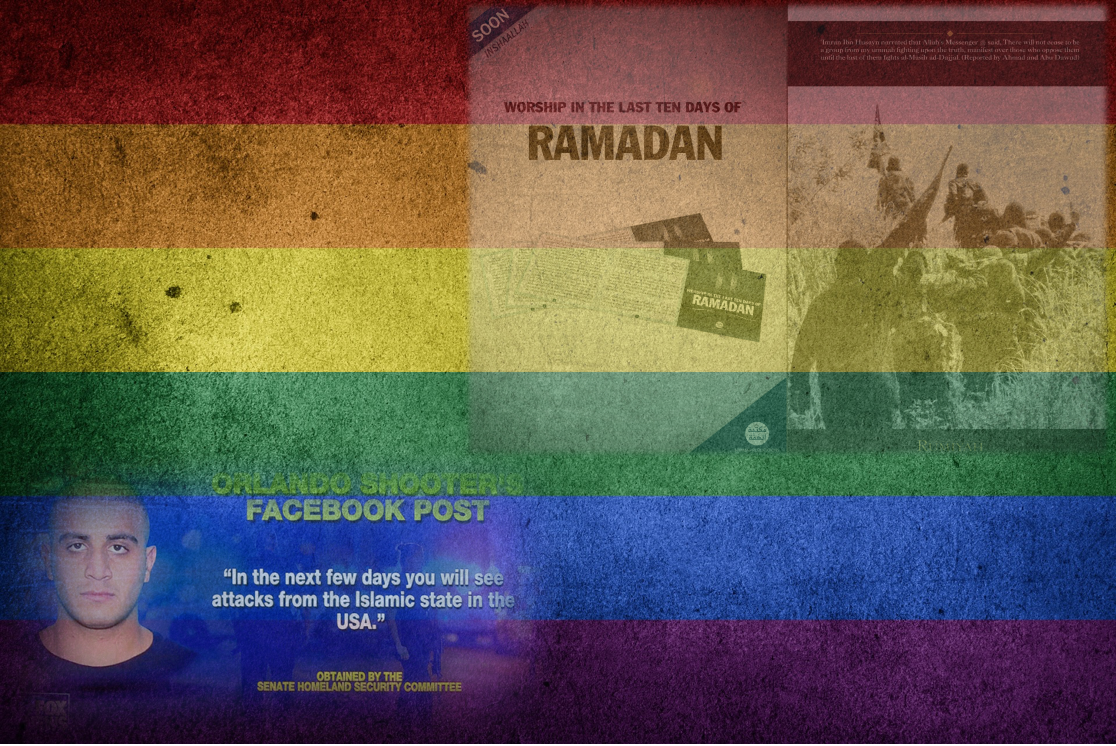 We assess that while the month will be largely peaceful and do not expect significant security incidents, there is an increased likelihood of smaller scale violence at LGBT events and / or targeting LGBT-associated individuals and organizations. As recently as 2015, the FBI reported that LGBT individuals are more likely to be targeted by a hate crime than any other minority group. 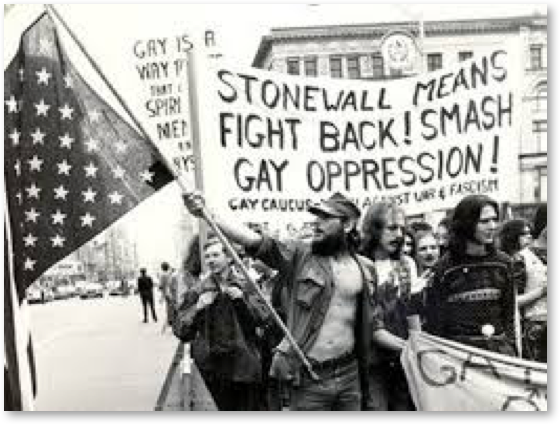 and in various countries and parts around the world. Coming into prominence as a result of a police action at the Stonewall Inn in New York City in 1968, that event spurred further demonstrations and helped to mobilize a movement. June has become a month for the LGBT community to come together and work towards acceptance and equal rights. As the LGBT movement has grown, it has started to become more common for outward signs of acceptance by governments and businesses around the world. It is not uncommon to see LGBT Pride Month signs, symbols and flags (i.e., rainbow flag) on display, and equal opportunity offices holding events and activities similar to other cultural pride events. While there may be growing acceptance, it has also served as a polarizing topic for those with differing views, not only of LGBT rights, but the attention it has received. This can potentially increase workplace tensions, not only for the outward displays that may run contrary to differing viewpoints of those within each organization, but also to the ultra-nationalist groups, conservative groups, or religious based organizations that do not support this movement. This potential conflict can create difficult workplace environments for all parties and could create disturbances for business operations.

On 28 June 1969, New York City police conducted a raid on the Stonewall Inn, a recognized “gay” bar. The publicized purpose of the raid was because the Stonewall Inn was believed to be using an illegal license to serve alcohol. This was not uncommon in the period, but it was also accepted that illegal alcohol license raids were often used to crack down on homosexual bars. During the raid, police forcefully removed individuals from the bar and into a police van, which caused the gathering crowd to rally against the police, throwing bottles and fighting with some of the police officers. The incident continued to escalate and a riot erupted in and around the Stonewall Inn. This incident led to days of protests in what is believed to be the first instance of demonstrations in support of homosexual rights. In the following years, the last weekend was widely recognized as “Gay Pride Day,” but groups were given flexibility and eventually events and activities popped up across the whole month. While June is associated with LGBT Pride Month, October is also designated as LGBT History Month, based on a 1994 decision from a coalition of education-based organizations.

The vast majority of Pride activities are peaceful and without notable incident. However, as with any mass gathering, and perhaps more so for several reasons, LGBT events have risk concerns planners and participants should be cognizant of and events and personal celebrations can have impacts on businesses and organizations both externally – due to the location of planned events – and also internally – through potential workplace issues. As LGBT organizations and rights groups continue to push for increased acceptance and for equal rights, demonstrations and gatherings are likely to occur and impact downtown areas and public spaces specifically. Not only does this have the possibility of disrupting business operations, but it could create opportunities for small pockets of violence around those locations. Additionally, within the workplace (internally) there exists the potential for heated discussion about LGBT rights and issues, which could escalate into physical or cyber conflict. Individuals and organizations should be alert and aware, as well as conscious of all points of view.

Analysis. Overall, LGBT Pride Month typically is viewed no differently than any of the other recognized or celebrated months. The month represents an opportunity for individuals to celebrate themselves and their community and to fight for rights and recognition they feel they deserve. Largely, these demonstrations or events are peaceful with very few incidents. However, violence against the LGBT community is not uncommon.

We assess that while the month will be largely peaceful and do not expect significant security incidents, there is an increased likelihood of smaller scale violence at LGBT events and / or targeting LGBT-associated individuals and organizations. As recently as 2015, the FBI reported that LGBT individuals are more likely to be targeted by a hate crime than any other minority group. Additionally, it is also possible, and more likely in what could be seen in the more politically charged environment, that there may be counterprotests and demonstrations against LGBT rights based on personal beliefs. While there is not enough data available at the current time, there have been some increases in the publicity given to hate-crimes, such as attacks against Muslims or foreigners. This may carry over to the LGBT community.

Protest Events & Counterprotests. This year, more than in recent years past, there is a more political focus in some of the planned events. In some events, LGBT Pride activity is being blended with social protest and anti-Trump Administration protests in events like #ResistMarch. Based on recent pro and anti-Trump-focused events and demonstrations, there is the likelihood that some of these activities will be met by counterprotests with the potential for heightened tension and physical flare-ups. Additionally, there could be organized counterprotests against larger scale events within the community, or larger acts of vandalism against known LGBT establishments. Violence and conflict could have impacts on organizations – particularly 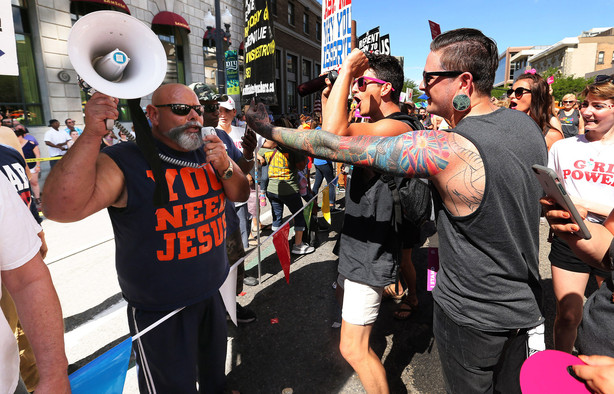 Commercial and Transportaiton facilities and in proximity to demonstration events or LGBT-associated facilities. In the politically charged environment that exists today, all manner of protests and demonstrations are being met with often equal or larger groups of counter-protestors, and people feel more comfortable expressing their opinions.

This past weekend, a couple of incidents worth noting relating to this topic and demonstrations in general. President Trump supporters rallied in Oregon and were met with counter-protestors and ultimately violence ensued resulting in arrests and further exasperating tensions. It was noted that during the increased exchanges between protestors and counter-protestors, groups started throwing bottles and bricks, as well as used balloons full of “foul-smelling liquid” that were aimed at police officers. In all, police officers arrested 14 people. In Salt Lake City, the Utah Pride Festival was met with counter-protestors, who cited their freedom of speech to disagree with the events, citing their general opposition as well as making Biblical references to support their cause.

We are unaware of any known specific threat suggesting deliberate terror targeting or action toward the LGBT community. However, in their primary areas of operation in Iraq, Islamic State fighters have participated in extreme acts of violence towards homosexuals. The group has continued what the Washington Post referred to as a “relentless campaign against gays.”

Terrorism. We are unaware of any known specific threat suggesting deliberate terror targeting or action toward the LGBT community. However, in their primary areas of operation in Iraq, Islamic State fighters have p 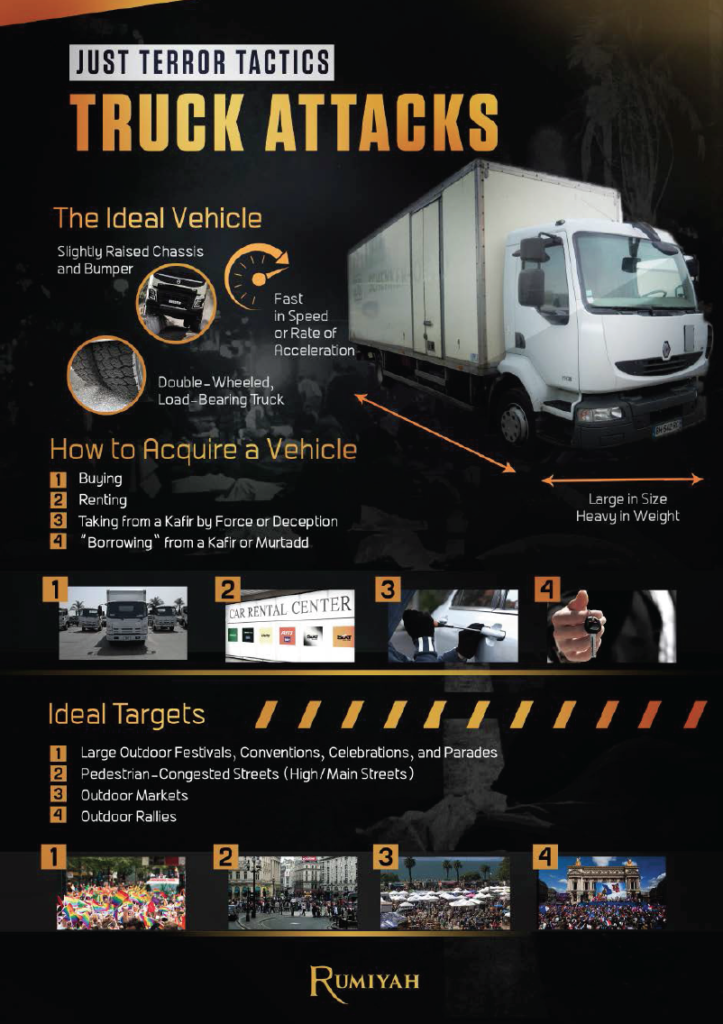 articipated in extreme acts of violence towards homosexuals. The group has continued what the Washington Post referred to as a “relentless campaign against gays,” noting that, “Ever since the group came to prominence amid security vacuums in Iraq and Syria, it has set about persecuting religious minorities, women and others whose identity and lifestyle are anathema to its puritanical creed. In areas under the control of the Islamic State, its fighters have issued edicts against homosexual behavior and flashy hairstyles and promised death for anyone caught in the act of sodomy.” The Orlando Nightclub attack on 12 June 2016 represents one of the deadliest attacks against the community, and while the attack is remembered also for the attacker’s connection or influence by the Islamic State, the motivations were clearly directed against the LGBT community.

At this time, the Islamic State is attempting to conduct numerous international attacks targeting civilians as part of their aggressive Ramadan campaign. With both a desire to attack homosexuals and a goal to continue attacks against the West and the United Sates, it is reasonable to anticipate the potential for targeting LGBT events in June – particularly as Ramadan continues through the 24th. Such attacks would most likely come in the form of low-tech terrorism such as knife attacks, active shooter, small-scale explosives, or vehicle ramming attacks, as have been observed in ongoing international efforts. Large, well-publicized, mass gatherings could make opportune targets for would-be attackers.

Intra-office tensions are best managed when all sides remain respectful towards one another.

Intra-Office Tensions. The potential for violence or heated discussions may also come from within an organization. Some members of the LGBT community are very outwardly expressive in ways in which they celebrate their diversity. This includes symbols of the LGBT movement (rainbow flag, upside down pink or rainbow triangles, and the equal sign representing the call for equal rights), or in how they may dress. This may be on display more during the month of June and this could cause some insensitive remarks, heated debates, or vandalism against those individuals within the workplace. Intra-office tensions are best managed when all sides remain respectful towards one another. As with religious celebrations, political beliefs, and other personal and sensitive areas, and despite personal beliefs or opinions – in this case whether advocating for LGBT issues or if personally opposed – office conflicts may best be mitigated by clear policies and articulated expectations and everyone maintaining decent and respectful behavior towards their colleagues.

For LGBT event planners and participants and for the organizations around or potentially impacted by LGBT Pride events, being aware of the potential threats and associated risks, and conducting appropriate personal and organizational prepraredness can greatly increase the likelihood of a successful event for all.

Additional References. These links provide some additional background and highlight just some of the big name events that are occurring as part of Pride Month.