On 14 February, a former student entered Stoneman Douglass High School in Parkland, Florida and killed 17 students and school officials. While there have been varying statistics and arguments about the actual number of school shootings in 2018 (it’s not 18, but more than one), school-aged youth are taking their concerns to the government and are seeking answers to the issues of violence and guns in schools and communities. From all appearances, this would seem like a pretty straight-forward response to a problem. Over the past three years, there have been a number of protests and demonstrations protesting against political decisions or various social 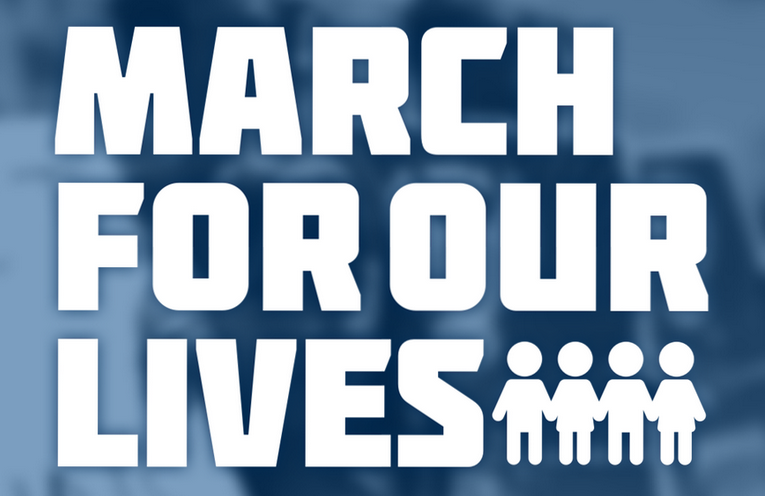 issues, some of which have become politically charged and sensitive to both sides. Black Lives Matters, the call to remove Confederate Statues, the Women’s March, and  protests against White Supremacist Speakers on various college campuses, among others.

With another school shooting occurring just this week, there continue to be strong voices  and momentum to encourage the safety of youth in schools and communities. According to their website, and as of the publication of this report, the March For Our Lives will take place on 24 March in over 800 locations around the world. This event follows the 14 March National School Walkout Day that took place in schools across the United States in which students organized, often with the support of the school, a planned walkout to call attention to this issue. This movement – and this weekend’s marches – has come to be viewed by some as advocating for stronger gun legislation, which, in turn, has inflamed the passions of those who 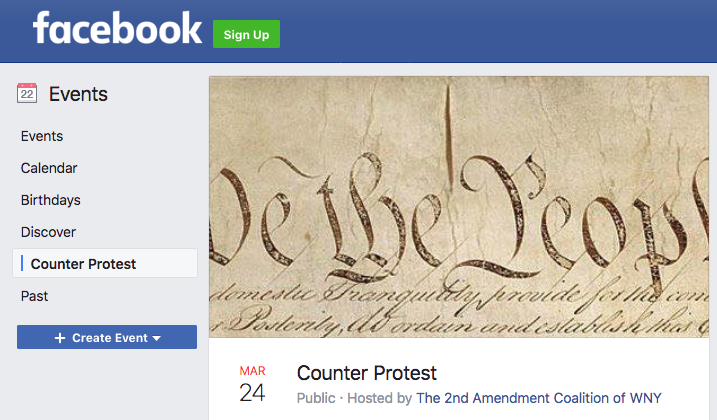 feel this could be an infringement on their constitutional rights, and counter-protests have been planned across the country. There were even some student groups, albeit small, that paid respect to those who died while making it clear that they wanted to protect these rights. It is not the point of this report to debate the sides of this issue. However, because of the sensitivities on all sides, as well as the well-publicized events themselves, the potential for escalation towards violence or the use to these events for would-be attackers to target events is real, even if not expected. And therein lies the problem for businesses – as well as protest participants and bystanders.

Because of the sensitivities on all sides, as well as the well-publicized events themselves, the potential for escalation towards violence or the use to these events for would-be attackers to target events is real, even if not expected.

It is first important to point out that at this time, there is no information suggesting there is a known, credible or imminent threat to any 24 March protest activities. Traditionally, protests and demonstrations occur in public spaces, surrounded by office buildings, shopping centers, hotels and other businesses, and have occasionally culminated at sporting venues or well-known public areas. Often, this is by design, in order to call the biggest amount of attention to a given cause. Because of the association with these venues, however, there are a lot of local businesses and organizations that should consider the second and third order effects of a protest, counter-protest and the potential for violence.

Mass gatherings – well-publicized and with a number of appealing characteristics for potential attackers – have inherent risks. Based on previous threat information, there are various types of threats that could accompany protests and in which risk should be evaluated to help drive decision making and security procedures for locally impacted organizations, protest planners, and participants. And while some of these attacks were never carried out, the fact they were brought to light may serve to inspire or influence copycat attackers or fence sitters.

Security teams should continuously monitor events and evaluate potential impacts to business operations, and protest planners and participants also need to enter those activities with open eyes and an understanding of the potential threats they could encounter. As social media and instant information sharing allow for rapid and mass event coordination, they also provide information for would-be attackers that can take advantage of peacefully-intended demonstrations and other mass gatherings. For more background on protest security and safety, read our 17 Aug 2017 post, “After Charlottesville: Future Protest Security & Safety Considerations.”

Mass gatherings – well-publicized and with a number of appealing characteristics for potential attackers – have inherent risks. Based on previous threat information, there are various types of threats that could accompany protests and in which risk should be evaluated to help drive decision making and security procedures for locally impacted organizations, protest planners, and participants.

And soon after this weekend’s event will be annual May Day activities. Originally an ancient holiday, May Day is also well known internationally as International Workers’ Day – a time to commemorate laborers all over the world. For many, May Day is more readily identified now as a day of protest, with many organizations and social groups scheduling mass rallies ranging across a diverse array of political and social topics that span well beyond workers’ rights. These protests and violence can be traced back to the late 1880s, and the Haymarket Affair, when labor unions, socialists and anarchists alike came together to protest for an eight-hour day. Websites and social media accounts are already organizing / coordinating activities to include London and Washington, D.C., among others. Popular May Day hashtags include: #MayDay2018; #Resist

This blog was written by David Pounder. Dave is a Gate 15 Senior Risk Analyst for Intelligence and Analysis. Dave provides expert threat and risk analysis, assessments and special project support for internal activities and client needs.

inform time-sensitive decisions effecting operations, security, and resources. We provide clients with routine cyber and physical security products tailored to the individual client’s interests.  Such products include relevant analysis, assessments, and mitigation strategies on a variety of topics.

“March for Our Lives” logo via the event website, accessed 22 Mar 2018, https://www.fireeye.com/blog/threat-research/2017/12/attackers-deploy-new-ics-attack-framework-triton.html