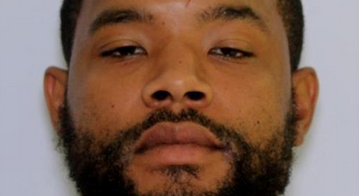 A deadly workplace shooting that turned into a spree crossing state lines shows how critical education and preventive strategies are in spotting powder-keg employees – especially those with clear-cut histories of threats or assaults against co-workers.

“This is targeted. This individual knew the people he wanted to go shoot. This was not a random act of violence.”

Radee L. Prince, 37, had operated machinery for the past four months at Advanced Granite Solutions, a kitchen countertop company in Edgewood, Md., northeast of Baltimore. Shots were fired at about 9 a.m. on 18 Oct., an hour after the showroom opened, and the suspect fled up the 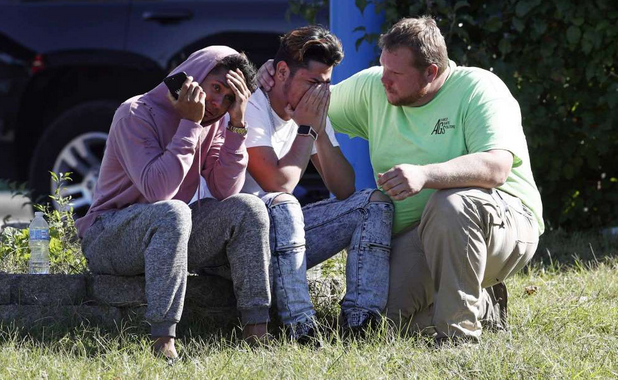 Interstate 95 corridor told his home state of Delaware. All of the five victims shot were fellow employees; the three men killed all worked as granite polishers, while two others were critically wounded.

At 10:45 a.m., the owner of a used-car dealership in Wilmington, Del., was shot multiple times as he sat at his desk; police say the victim, wounded in the head but expected to survive his injuries, identified Prince as the man who shot him. Local media reported that Prince physically attacked the business owner last year, but the charges were dropped.

“Every one of the victims that this individual shot, the victim and the attacker knew each other,” Wilmington Police Chief Robert Tracy told reporters. “This is targeted. This individual knew the people he wanted to go shoot. This was not a random act of violence.”

After a multi-state manhunt, Prince was arrested on a Newark, Del., street 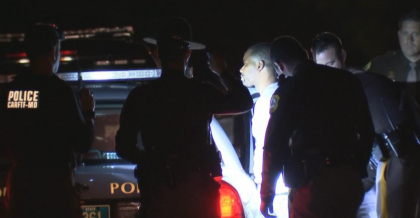 by ATF agents shortly after 7 p.m. Police said he tried tossing the gun used in both crimes, but officers recovered the weapon.

The red flags weren’t difficult to spot. Prince had worked at another granite company earlier in the year and was fired for attacking a co-worker, according to the peace order filed by another employee who feared Prince might harm him, too. He has 42 prior arrests for assault and property crimes, and 15 felony convictions linked to a string of car burglaries.

Spree killers are often driven by anger, emotional triggers or a retaliatory motive, and frequently have some sort of relationship with their victims. Workplace shooters operating off a grudge may be targeting specific individuals in their current or former place of employment or shoot randomly, with the business being their overall target. They may also be driven by anger stemming from another cause, such as domestic problems, or psychological issues and choose the workplace as an easy target to attack.

According to an FBI study of 160 active shooter incidents from 2000 to 2013, shooters were overwhelmingly male and all but two worked alone. 15.6 percent of incidents involved multiple locations; 10 percent had as their main target a current or former wife or girlfriend. Places of business represented the top target: 45.6 percent of incidents, broken down into 27.5 percent businesses open to pedestrian traffic, 14.4 percent businesses closed to the public and 3.8 percent malls. Educational institutions accounted for 24.4 percent of active shooter incidents, and healthcare facilities accounted for 2.5 percent. The remainder occurred at government facilities, houses of worship, private residences or in open space.

The study found the greatest incidence of business shootings to be on Tuesdays or Wednesdays. More than two-thirds of the shooters at businesses open to the public were not employees there, while of 22 shooters at private workplaces 14 were current employees, four had been fired the day of the shooting, three had formerly worked there and one had been suspended. None of the mall shooters had connections to the businesses within.

Hostile Events Preparedness helps businesses prepare for workplace shootings perpetrated by individuals with a connection to the place of business or strangers with education, security assessment, training, drills and more. Prevention includes co-workers, supervisors and human resources professionals spotting warning signs in employees that could escalate into trouble, including erratic behavior, legal or financial hot water, anger over grievances, noticeable changes in work performance or personality, and substance abuse.

Displays of aggression in the workplace should not be discounted, including threats, assaults, and verbal abuse; a potentially violent employee could also display non-verbal signs including restlessness, rapid breathing or avoiding eye contact. They may even have a fascination with past incidents of workplace violence, hold tight to grudges, or have an unrequited love interest that morphs into obsession.

As part of a comprehensive preparedness and prevention plan, no workplace can afford to ignore what’s going on with individual employees. In the case of the Maryland and Delaware shootings, previous assaults and threatened co-workers were a definite warning of potential future escalation.

People gather across the street from the scene of a shooting at a business park in the Edgewood area of Harford County, Md., Wednesday, Oct. 18, 2017. Image via CT Post, “The Latest: Suspect discarded gun, ran when he saw police,” 19 Oct 2017, http://www.ctpost.com/news/crime/article/The-Latest-Police-looking-for-Maryland-office-12287639.php#photo-14371766