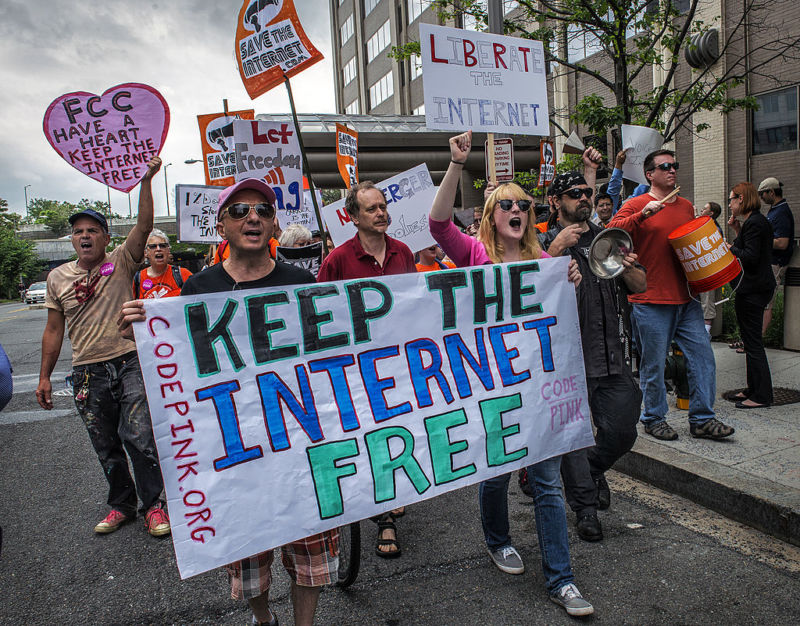 By Bridget Johnson (who has had her Twitter account suspended due to Twitter’s inexplicable policies and enforcement, and inability to respond in a timely manner to inquiries)

Beginning this week, protesters across the nation will be anything but neutral over the Federal Communications Commission’s plans to scrap net neutrality rules next week.

The city of New York, along with various consumer-rights, digital-freedom and privacy-rights groups, sent FCC Chairman Ajit Pai a letter on 4 Dec. asking that he delay the vote until the Ninth Circuit arrives at a resolution in FTC v. AT&T Mobility; as Pai argues net neutrality rules are unnecessary because of Federal Trade Commission oversight, the signatories fear that a ruling in favor of AT&T would leave consumers unprotected. “The FCC has decided to put all remaining consumer protection eggs in one basket, but cannot be troubled to wait until the Ninth Circuit affirms that this approach is actually consistent with the FTC’s own jurisdictional statute,” they wrote. 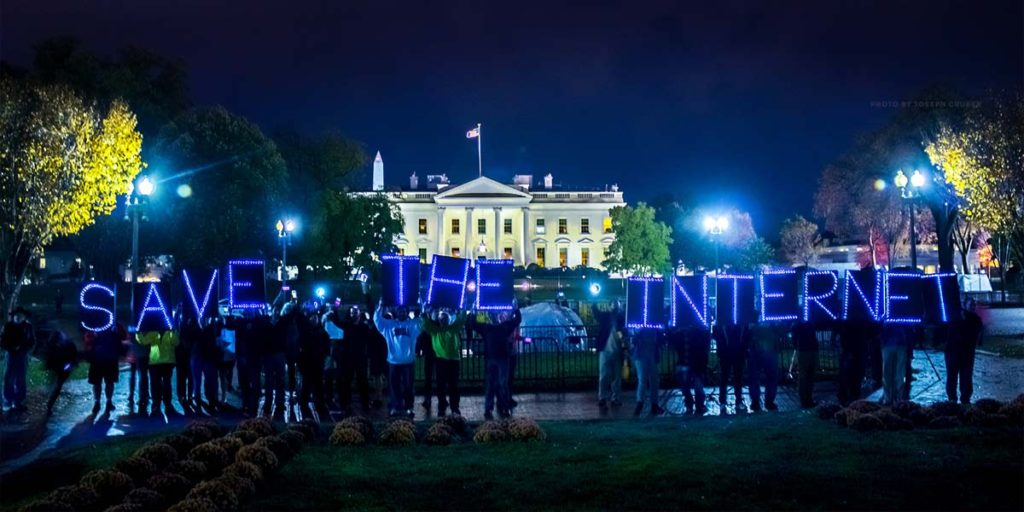 However, Pai is determined to move ahead with the 14 Dec. vote as scheduled, with his office saying that “supporters of heavy-handed Internet regulations are becoming more desperate by the day.”

Demonstrations in favor of keeping net neutrality rules are scheduled to move forward, as well.

Protests are planned for 7 Dec. at Verizon stores – Pai used to be associate general counsel at the company – to mark the one-week point before the FCC’s scheduled net neutrality vote. They’re being billed as “quick, fun, and 100% legal” protests, and demonstrators are advised to bring fliers to hand out, pen signs tagging their members of Congress, livestream the event on Facebook, chant, and engage with local media to get good press coverage.

Protests are planned for 7 Dec. at Verizon stores… being billed as “quick, fun, and 100% legal” protests… Though Thursday is billed as the nationwide day of mass action, it won’t be the only day that Verizon stores are slated to be targeted by protesters.

“Please try to keep things focused on the need for Congress to step in and block the FCC from issuing its rule,” state online guidelines. “The whole thing should take around a half hour or so — but if your protest feels especially energized, definitely feel free to keep it going!” Demonstrators are reminded to “please be respectful.”

The times of the demonstrations vary, and can be found on the Verizon Protests map: for instance, there’s a noontime protest planned at NYC’s Financial District Verizon store on Broad Street, and a 5 p.m. protest outside Verizon’s New York corporate office on West Street. Additionally, some protest actions will be centered at lawmakers’ district offices. “Only Congress 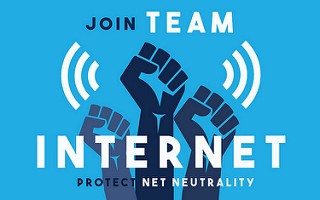 has the power to stop Verizon’s puppet FCC, so at the protests we’ll be calling and tweeting at legislators, and in some cities we’ll be protesting right in front of their offices,” states the protest site.

Sponsors are Team Internet (a coalition of tech and civil-liberties groups along with web companies including Reddit and Netflix), the Free Press Action Fund, the free-web advocacy nonprofit Fight for the Future, and the grassroots organizing group Demand Progress.

Though Thursday is billed as the nationwide day of mass action, it won’t be the only day that Verizon stores are slated to be targeted by protesters. For example, the Verizon store at

Union Station in Washington, D.C., has been pegged for a 9 Dec. protest at 4 p.m., when the station will be packed with Saturday visitors to the District. A 9 Dec. protest at 9 p.m. is scheduled at the Verizon store in Dulles, Va. “Protesters will make it clear to members of Congress that the time is now to stand for net neutrality, not Verizon’s bottom line,” states the event notice. “And please remember, this event is about protesting actions of Verizon executives, lobbyists and their supporters in Washington, not the employees at these stores.”

A protest is also scheduled for 10 a.m. outside the FCC building in Washington on 13 Dec., a day before the vote, followed by what looks to be a sizeable rally planned for 14 Dec. at 9 a.m. outside FCC headquarters featuring “activists, musicians, lawmakers, former FCC commissioners.”

Unrest at these demonstrations is unlikely, based on the organizing groups and stated plans for the protest actions.

Some of the protests, depending on time and location, will draw bigger crowds and may cause a bigger hindrance to area businesses or traffic flow, though many will likely shape up to be low-key and conclude in a short period of time. Word of the protests is largely circulating through tech-oriented grass-roots Twitter users and civil-liberties groups, and planners have made clear that the purpose is to get the attention of media and members of Congress while not harassing Verizon store workers. Promotion of the events by Anonymous accounts is in line with what the protest organizers have planned and advised.

Note: While these demonstrations are not expected to have notable unrest or escalation, mass gatherings always have the potential to be exploited for nefarious purposes. Gate 15 fully supports every person’s right to protest against, or petition their government for, whatever issue is of concern. However, we also urge caution and awareness. For more on protest preparedness, read Dave Pounder’s 17 August blog: “After Charlottesville: Future Protest Security & Safety Considerations.”

preparedness planning, and to penetrate the decision-making cycle to help inform time-sensitive decisions effecting operations, security, and resources. We provide clients with routine cyber and physical security products tailored to the individual client’s interests.  Such products include relevant analysis, assessments, and mitigation strategies on a variety of topics.