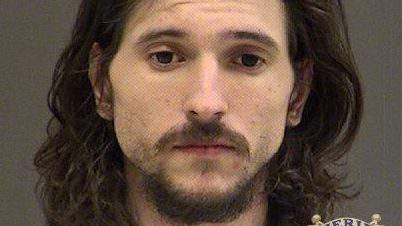 On the morning of 6 Oct., FBI agents were summoned to the regional airport in Asheville, N.C., after an improvised explosive device that tested positive for ammonium nitrate was discovered. The criminal complaint describes the homemade bomb as encased in a glass jar with a locking lid “filled with steel wool that was then wrapped around nails and one shotgun cartridge.” An alarm clock was taped between the jar and matches, set to go off at 6 a.m.

Estes was taken into custody he admitted to investigators that he wanted to “fight a war on U.S. soil.”

Security camera footage revealed a white man dressed in black carrying a bag and walking onto airport grounds after midnight, then leaving the area without the bag. An airport maintenance worker had seen the man come out of nearby woods, and a search yielded a backpack left against a tree about 500 yards from the airport. Inside, investigators say they found various items including gloves, tape, a bag of shotgun shells and the missing bell from the IED’s alarm clock. Purchases were tracked to local Walmart and Lowe’s stores, where the man dressed in black had 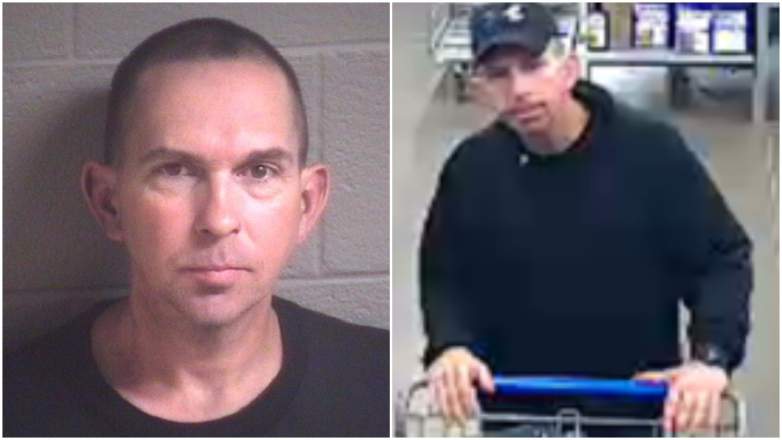 been observed. Further investigation at an REI store where the discarded backpack was purchased yielded that the buyer, Michael Christopher Estes, had a store membership.

According to the court document, after Estes was taken into custody he admitted to investigators that he wanted to “fight a war on U.S. soil.” Naturally, that admission spurs lots of questions – go to war for whom, against whom? – but the complaint didn’t delve into any detail about Estes’ beliefs or any extremism. He allegedly admitted constructing the IED, but claimed he didn’t set the alarm to trigger the device.

According to the local paper, Estes, 46, had an address in Asheville. An apparent Facebook profile and public records show Estes had lived in Tennessee and Oklahoma, and described himself as retired military. He has prior convictions for assault with the intent to cause serious bodily injury and burglary.

On 11 Oct., FBI agents served a search warrant at the Washington County, Ore., apartment of Jason Schaefer, a 26-year-old who had piqued law enforcement’s attention by purchasing “numerous items that were causing concern” – namely, ingredients and components that can be used to make bombs at home. Schaefer, who is already on probation for possessing illegal body armor as a felon and was at the probation department at the time, fled and lit an explosive before surrendering to authorities at the end of the chase. The “significant blast,” as described by 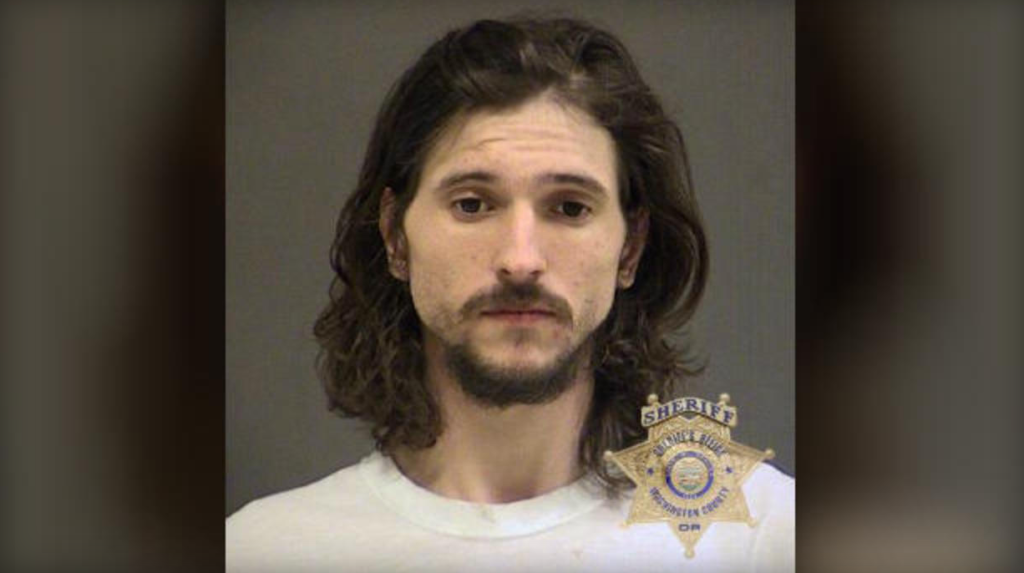 Schaefer also has a spotty criminal history, with attempted second-degree assault and possession of a controlled substance convictions in New York. He was arrested in 2013 on domestic violence charges that the district attorney declined to prosecute; the victim told police that Schaefer was on medication for an undisclosed mental illness. On his Facebook page, he quipped about selling fireworks at a local high school, mused about atheism and noted “there are always time bombs in america.”

Without much to go on in terms of any readily apparent or publicly disclosed motive, these cases at first blush may not seem to have common threads other than the construction of homemade explosives. They underscore, though, how individuals with varied mental states and widely disparate motives – with or without terrorist aims – can benefit from almost a crowdfunded approach to terrorism training, as extremist groups flood the internet and social media channels with easily accessible recipes for incendiary devices that may require little more than a trip to Lowe’s or Walmart.

Terrorist training manuals geared toward the Western, English-speaking audience, such as the vivid pictorial step-by-step device construction how-to articles in al-Qaeda in the Arabian Peninsula’s Inspire magazine, circulate in the same online spaces frequented by hate groups or recluses who may be fomenting plots for psychological or ideological reasons of their own. And as terror groups have shifted heavily away from pulling recruits to a training camp in a far-off land and toward do-it-yourself training, the tutorials and recipes will increase in detail and distribution. The “Make a Bomb in the Kitchen of Your Mom” tutorial in the first Inspire issue back in 2010 may have reaped chuckles from the title, until the recipe was used three years later in the Boston Marathon bombing.

The North Carolina and Oregon IED cases serve as a reminder that terror training is not proprietary information, and the mass of open-source tutorials on weapons acquisition, device construction and target selection aren’t accessible only to followers of al-Qaeda or ISIS. As violent extremism and hostile events can be conducted by actors of any color or belief system, the same guidance developed for would-be jihadists is increasingly available to domestic extremists of every stripe.