As analysts wait with bated breath to see what ISIS says in their latest issue of their Rumiyah magazine – about losing Raqqa to the Syrian Democratic Forces, about their now-vanished claims to be connected to the Las Vegas mass shooting, or about their next big plans – the publication that usually appears online in the first week of each month has gone AWOL.

And still, the flow of propaganda from the Islamic State hasn’t stopped, though the quantity of videos and publications – which included, at the beginning of the caliphate, e-books on their philosophy, goals and recruitment – has diminished as their losses in Syria and Iraq have multiplied.

ISIS propaganda these days, after massive territorial losses in Syria and Iraq, can best be described as the avoidance technique

The ISIS-affiliated Amaq news agency is still issuing attack claims and reports of operations in locations such as Syria, Afghanistan and the Sinai. The official Khilafah News daily bulletin, though sometimes thin, is published on most days, compiling photo essays of operations (in the past, these photo essays have included things like carnivals and jihadists eating ice cream) originally 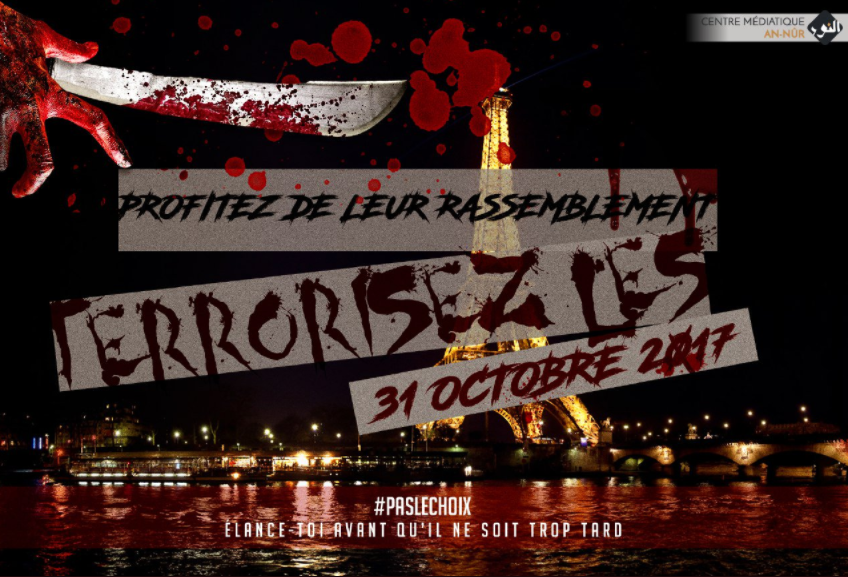 posted on docu-dump sites like JustPaste as well as multiple links to new video releases (to ensure access when some sites discover and remove the propaganda link).

ISIS has also kept up publication of al-Naba, a 16-page newsletter in Arabic that they began publishing for distribution within ISIS territory – and would release photo essays of jihadists handing out the weekly release to residents. Al-Naba is released online as a PDF and its coverage area, once intensely focused on happenings within the Islamic State, has expanded a bit to include some news briefs from the United States and elsewhere (a brief on the California wildfires was included in a recent issue).

Supporters of ISIS and loosely affiliated media groups have also kept up the propaganda battle, often in ways that garner more western media attention than communiques from ISIS central. The Wafa Media Foundation, which has previously published threats against Spain and called upon jihadists to be inspired by the Grenfell Tower inferno to launch arson attacks, has declared jihad upon next year’s World Cup and published multiple posters in October showing FC Barcelona star Lionel Messi dead next to an ISIS flag, French national team manager Didier Deschamps in 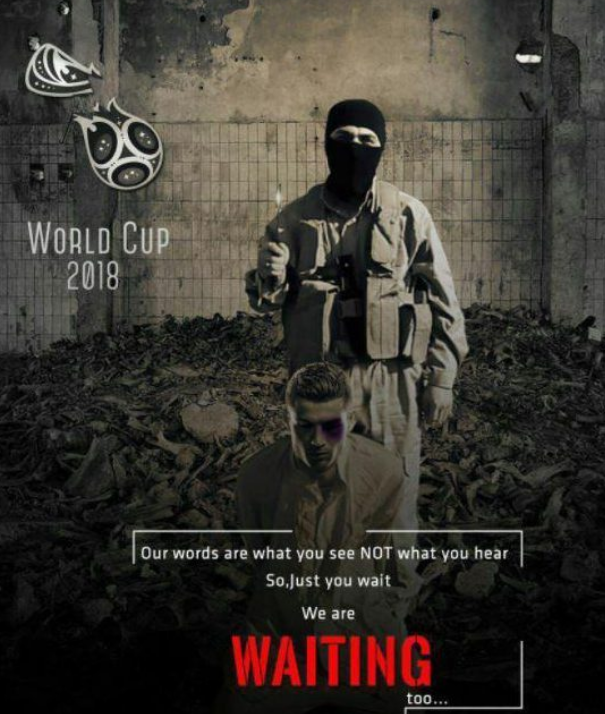 an orange jumpsuit held at gunpoint by an ISIS terrorist, and Brazilian national team star Neymar da Silva Santos Júnior about to be executed. (ISIS materials have previously taken rhetorical shots at youths who would rather watch football than train for jihad, and soccer tournaments have piqued their interest before.)

The pro-ISIS Ashhad Media Foundation has been leaning on supporters not inclined to run off to a training camp to escalate online jihad, from utilizing social media accounts for PR and recruitment purposes to hacking anti-ISIS accounts. “Oh supporter, If you didn’t do anything or obligated not to fulfill the call of ‘Jihad’ against the coalition of the infidels in the battlefield, why not fulfilling the call of ‘Jihad’ in the Media field?!” stated a posting in English, Arabic and French.

Brett McGurk, the U.S. special envoy to the global coalition to defeat ISIS, noted at a 24 Oct. news conference that ISIS’ propaganda was positive and upbeat three years ago, highlighting the “historic movement, come join, you know, come to the homeland, these kind of sundrenched scenes of families and friends.”

“They are now really appealing to, like, the criminal elements of our society,” McGurk said. “Rather than saying come be a part of historic movements, it’s all of a sudden go and grab a knife, grab a gun. Very different — very different message to a very smaller segment of any community. Still a huge problem with law enforcement and intelligence channels.”

The content of ISIS propaganda these days, after massive territorial losses in Syria and Iraq, can best be described as the avoidance technique – instead of talking about defeat, they’re focusing on those Sinai ops. A notable exception was an editorial at the beginning of an October issue of al-Naba, declaring that the Islamic State had passed through the “beginning stage” and was successful in taking cities for as long as they did and drawing more than 40,000 foreign fighters from across the globe. They insisted ISIS, which placed heavy emphasis on training kid “cub” fighters, “is stronger than it was at the first stage” because they have “generations ready to fight.” Because of “the firm foundation on which this state was founded,” they added, “…we say that the results that our enemies see in the near term are not what we see.” They predicted the alliance against ISIS wouldn’t hold and issued a call for jihadists to fight on their home turf regardless of “whatever is lost” caliphate-wise.

Would-be jihadists may not be missing all that much with Rumiyah falling behind. Some past issues have included terror tutorials or merely suggestions of methods and targets, lacking the step-by-step detail al-Qaeda in the Arabian Peninsula includes in their less frequent but arguably more lethal Inspire magazine. Recent Rumiyah issues have been regurgitating advice from late al-Qaeda in Iraq leader Abu Musab al-Zarqawi along with other filler copy to gloss over their impending caliphate defeat.