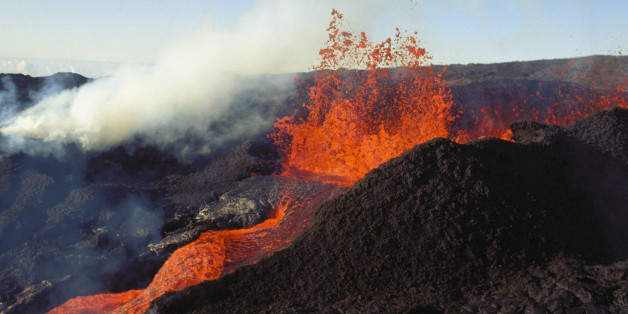 Bali is bracing for the worst as Mount Agung, which spewed ash on 21 Nov. followed by an eruption of magma four days later, is indicating it’s not done. The eruption thus far has turned tens 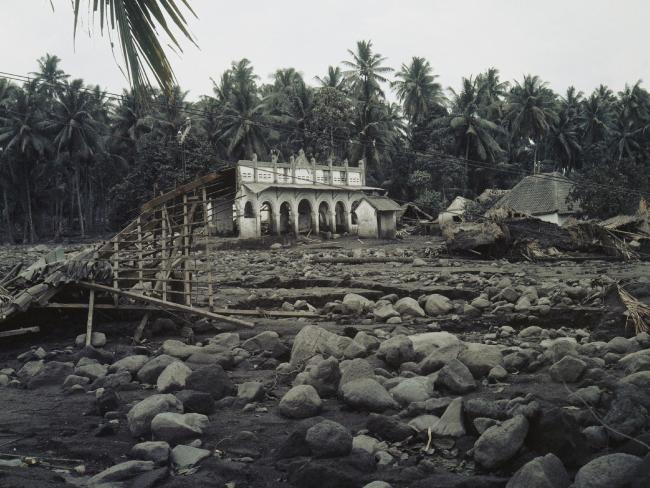 of thousands of Indonesians into evacuees and temporarily closed Ngurah Rai International Airport. And while some tourists see selfie opportunities, locals remember how 1,600 people were killed in Agung’s 1963 eruption.

It’s a good time to think about preparation for dealing with our homegrown magma dispensaries.

Mount St. Helens blew its top in 1980, shooting an ash cloud 12 miles high that rained down as far away as Minnesota and instantly devastating 230 square miles in the blast zone, 57 people were killed and the upper 1,300 feet of the mountain was pulverized – and the volcano hasn’t gone to sleep

Scientists have pinpointed 169 active volcanoes in the United States; some of those are in no-man’s land, but at least 55 pose a high or very high risk to people. “There are many volcanoes that are threatening due to factors such as tectonic setting, population density, eruption frequency, and potential to erupt again,” USGS geologist Wendy Stovall said in 2014, noting that the combination of these variables makes “high threat” volcanoes “uniquely dangerous.” These volcanoes include Lassen Peak and Mount Shasta in Northern California, the Long Valley Caldera 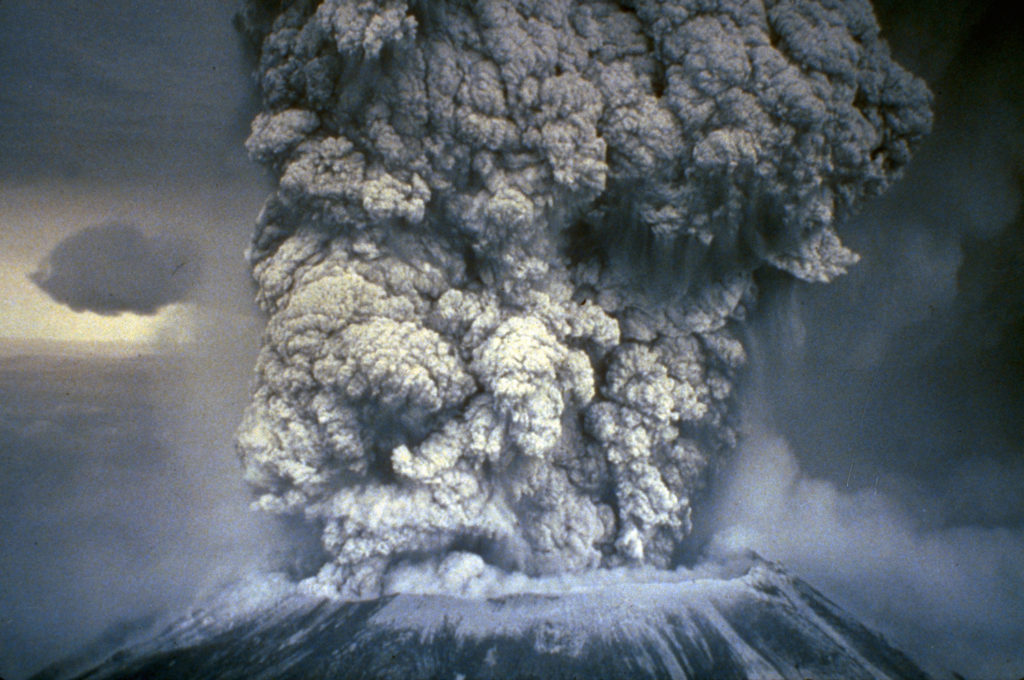 near Yosemite in Central California, Crater Lake Caldera in Oregon, Washington’s Mount Baker and Mount Rainier (beside Seattle), and Mount Hood near Portland.

On the dormant list, there’s the feared Yellowstone viral supervolcano that could blanket much of the U.S. in ash.

When Mount St. Helens blew its top in 1980, shooting an ash cloud 12 miles high that rained down as far away as Minnesota and instantly devastating 230 square miles in the blast zone, 57 people were killed and the upper 1,300 feet of the mountain was pulverized – and the volcano hasn’t gone to sleep, as scientists note a “baby volcano” grows within. It was also the costliest disaster in U.S. history.

According to the U.S. Geological Survey’s Volcano Hazards Program, Alaska and Hawaii experience persistent rumblings including the tourist draws of Kilauea, with active eruptions that began in 1983 and 2008, and the more recently awakened Mauna Loa, which began giving off warning signs that drew the attention of researchers in 2014 with the volcano alert level raised the following year. The Great Sitkin Volcano in the Aleutian Islands gave off seismic hints for months before shooting off a hearty steam plume on 22 Nov. that raised the alert level. Other Aleutian volcanoes shoot ash so high that they pose an aviation risk.

Alerts regarding a specific volcano’s activity level are compiled by scientists at one of the USGS volcano observatories (Alaska, Hawaii, Cascades, California and Yellowstone), with a distinct report prepared for the aviation sector. Color-coded alerts are green (the volcano is relaxing, no eruption), yellow (the volcano is starting to get antsy), orange (the volcano may be getting ready to erupt or is erupting with little ash emission), or red (all hell is breaking loose or is about to).

However, most U.S. volcanoes are not well-monitored and some are not monitored at all. The unmonitored volcanoes are in the Mariana Islands, Colorado, New Mexico, Arizona, Utah and Idaho, as well as many throughout California, the Pacific Northwest and Alaska. Senators from Alaska, Washington and Hawaii have been pushing for the establishment of a National Volcano Early Warning and Monitoring System that would coordinate the work of the volcano observatories, establish a 24/7 national volcano watch office, modernize U.S. volcano monitoring and more.

The dangers posed by a volcanic eruption include more than the thick ash, gas, landslides and 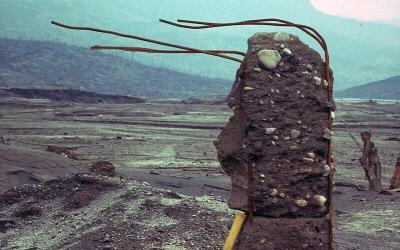 Whereas Los Angeles issues alerts for choking stews of smog, the constantly belching Kilauea creates vog – a cocktail of volcanic gases reacting with atmospheric elements. The greatest areas at risk from volcanic pollution are downwind from the erupting vents, and both medically compromised and healthy people can suffer respiratory effects. (In Cameroon back in 1986, 1,200 people were killed by volcanic gas after an under-lake eruption.) Crops have also been damaged by Kilauea’s gas, underscoring volcanic risk to agriculture and the nation’s food and water supply.

The USGS stresses that preparedness requires all hands on deck. Scientists detect the first unrest, but from there it could be as short as a matter of days before an eruption of varying degrees. Federal, state and local officials need to upgrade or add necessary detection equipment as well as develop and prepare residents for evacuation plans and keep residents apprised during volcanic activity of closures, shelters, emergency aid and health precautions, cleanup of ash that can paralyze city services, and more.

Businesses and residents should stay informed about their local volcanic hazards and evacuation routes (taking into account downwind and downslope dangers, as well as vulnerable valleys), work with local officials as indicated on volcano preparedness (such as businesses scheduling an educational safety session with employees and a public safety official who can answer questions), and stockpile supplies to be self-sufficient for at least two weeks. Some things to add in that emergency kit? A respirator mask or face mask, gloves and goggles, along with sheeting and tape to cover doors and windows when the ash is really falling.

preparedness planning, and to penetrate the decision-making cycle to help inform time-sensitive decisions effecting operations, security, and resources. We provide clients with routine cyber and physical security products tailored to the individual client’s interests.  Such products include relevant analysis, assessments, and mitigation strategies on a variety of topics.

“Building remnant in Francisco Leon destroyed by pyroclastic surges and flows during eruption of El Chichon volcano in Mexico 1982. Reinforcement rods in concrete bend in direction of flow.” Photo and animated video via USGS, “Pyroclastic flows move fast and destroy everything in their path,” https://volcanoes.usgs.gov/vhp/pyroclastic_flows.html