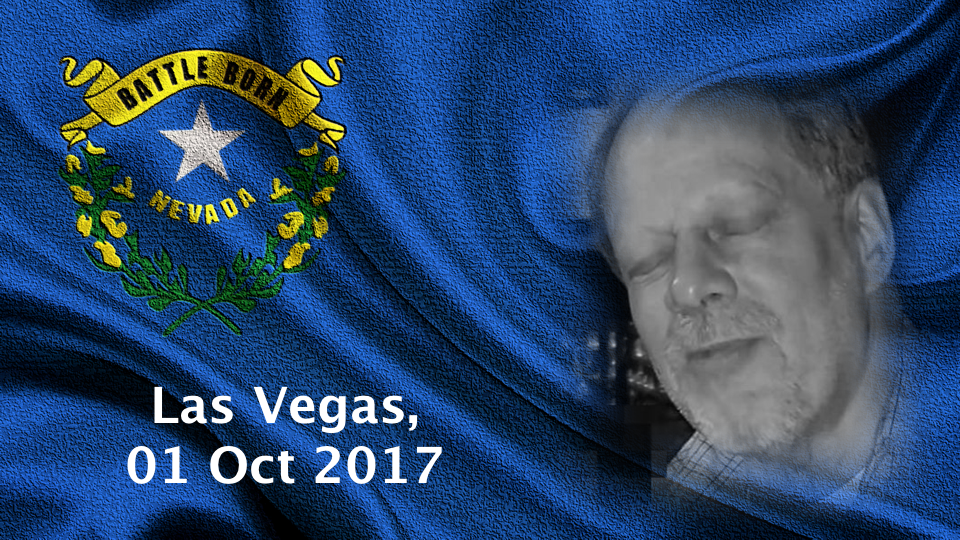 The worst mass shooting in U.S. history laid bare the ability of individuals and terror groups to exploit a gaping security vulnerability to inflict mass casualties: extended, long-range automatic weapons fire from an unsecured location utilizing a height advantage to spray a 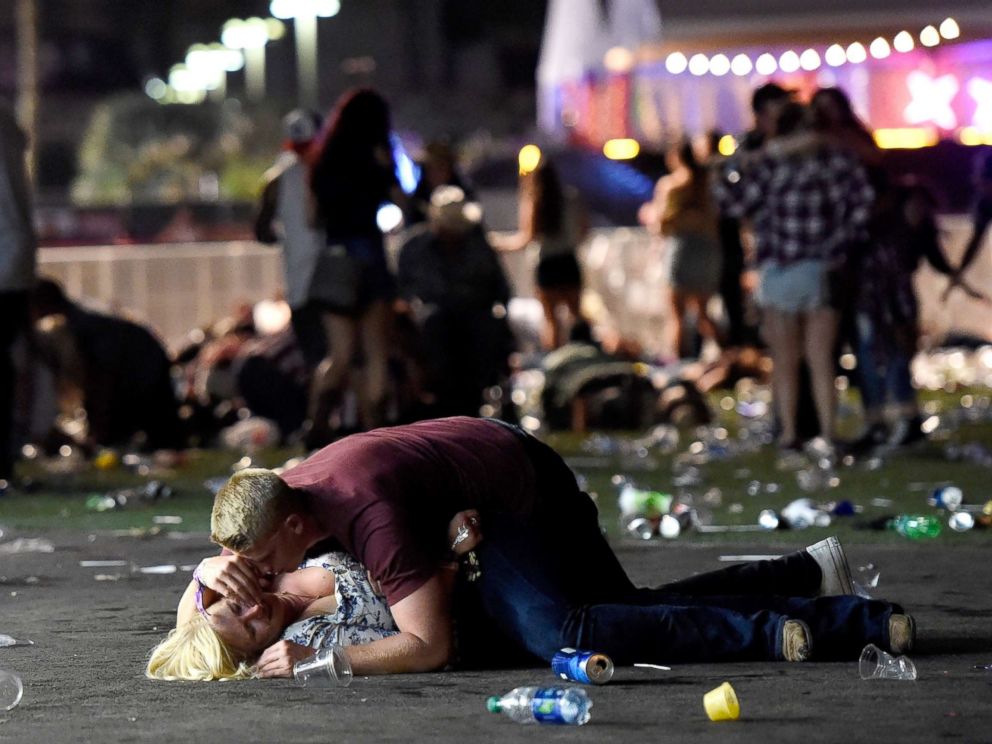 As of 4 a.m. Pacific Time, authorities in Las Vegas were reporting in “excess of 50 individuals” dead and more over 400 injured in the Sunday night attack. The shooter was named as Stephen Paddock, 64, of Mesquite, Nev. Authorities said they were not aware of his “belief system” at this point, and stressed that they believed they neutralized the sole shooter.

Regardless of the motive behind domestic attacks, successful methods will be noticed and emulated by unrelated individuals and groups looking for tried-and-true tactics

The target was the Route 91 Harvest festival, a sold-out three-day concert on its last night in an open-air venue: Las Vegas Village, which accommodates some 30,000 fans and is 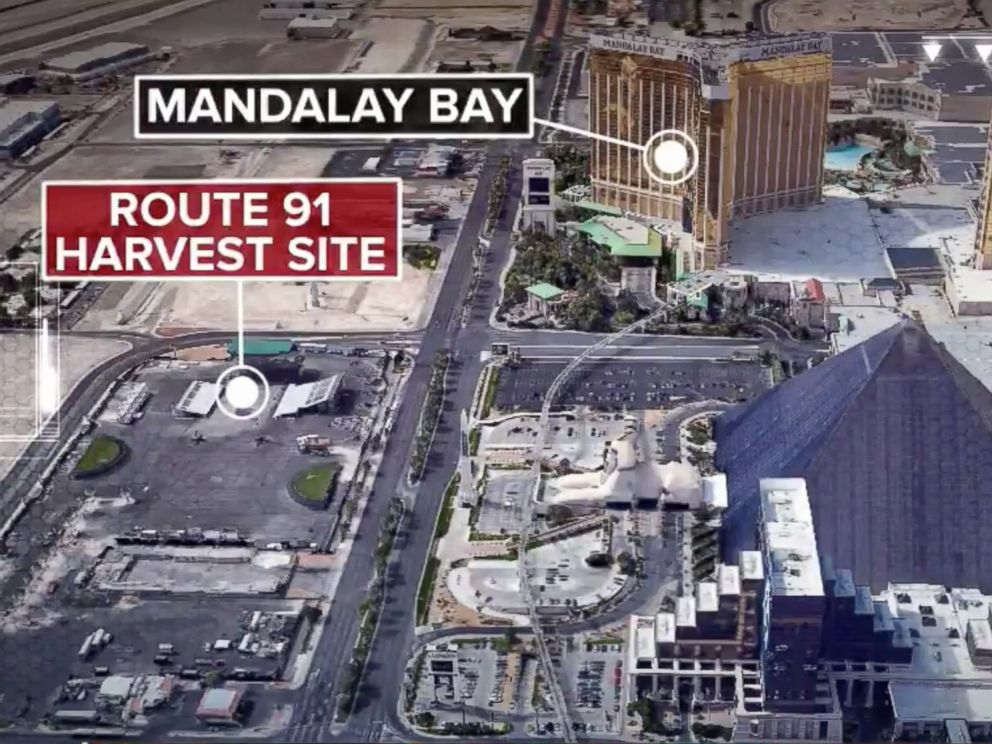 located between the Strip and McCarran International Airport. The Luxor Hotel was directly across the street. The Mandalay Bay hotel was kitty-corner from the venue with one side facing toward the concert crowd. Police said the shooter fired down on the concert from the 32nd floor of Mandalay Bay, a 43-story building. The shooter was killed after a SWAT team entered his room, in which police found “numerous firearms” (there have also been reports that the shooter may have taken his own life). Other Strip hotels were put on lockdown.

Videos showed many concert patrons apparently unaware of the source of the gunfire, perhaps assuming it was a ground-based shooter, and getting down on the ground in lieu of anything to duck behind, which made them sitting targets. 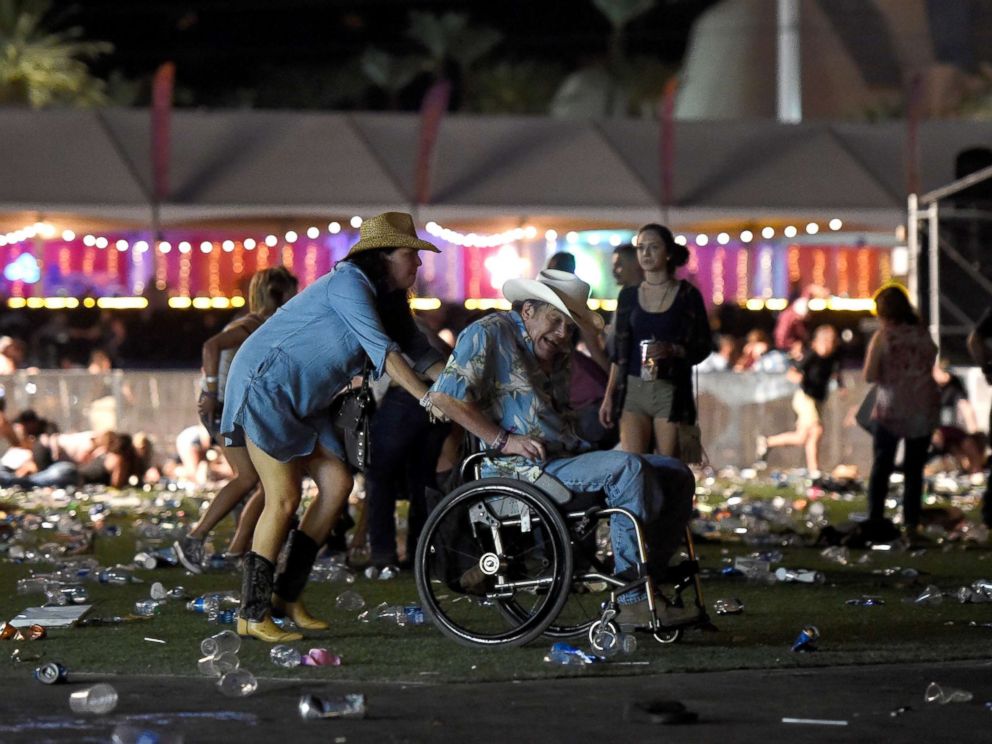 Though it has not been revealed if Paddock has any links to or affinity with international terrorist organizations, Islamic terror groups have pegged concerts as attractive soft targets. The deadliest leg of the November 2015 Paris coordinated attacks was at the Bataclan concert hall, where 90 people were killed at an Eagles of Death Metal concert. Because of limited escape routes and three gunmen, those trapped on the concert floor were at the mercy of the terrorists; one attacker is believed to have climbed into the balcony to improve his vantage point.

Daesh hailed their May attack on an Ariana Grande concert in Manchester, UK, as underscoring “that with the loss of territory in Iraq and Sham, the Islamic State would shift its focus towards carrying out attacks on Crusader soil.” The shrapnel-packed suicide bomb outside of the secured arena was timed for just after the concert ended, catching fans on their way out of the venue. Twenty-two people were killed.

The concert attack capped off a violent weekend in which Daesh picked up a couple of credits.

Regardless of the motive behind domestic attacks, successful methods will be noticed and emulated by unrelated individuals and groups looking for tried-and-true tactics. Terror groups have noted for operatives open-air events that are difficult to secure while drawing sizable crowds, such as political protests, farmers markets, parades and festivals; the UK declared high alert for the risk of terror attacks this summer at music festivals. And, naturally, they favor local attackers to raise as little suspicion as possible before the assault.

Concert promoters may take into greater account the proximity of tall buildings to a venue when booking, as Las Vegas illustrated that security is next to impossible when neighboring hotels or office buildings aren’t checking guests or employees for weapons. Additionally, the attack could affect Times Square celebrations on New Year’s Eve, holiday parades or other similarly vulnerable open events that do or don’t utilize ground security screening.

The concert attack capped off a violent weekend in which Daesh picked up a couple of credits.

In Edmonton on 30 Sept., a police officer working outside Commonwealth Stadium for a CFL game was struck by a sedan; a man in the vehicle then got out and stabbed the officer before fleeing on foot. Police said a Daesh flag was recovered from the vehicle. A few hours after that attack, police stopped a U-Haul van at a checkpoint, which fled into the crowded downtown area and hit four pedestrians before tipping and coming to a stop. 30-year-old 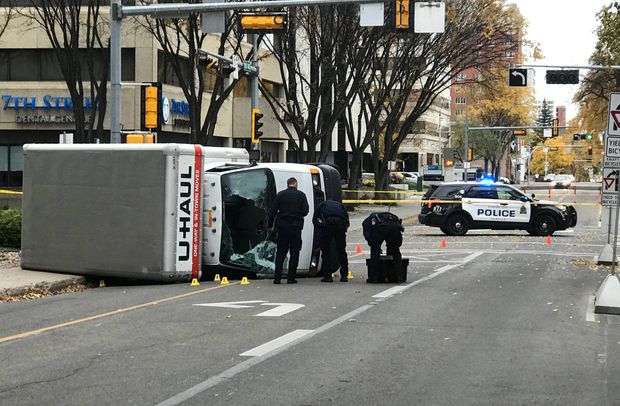 The CBC reported that co-worker who labored at a construction site with Sharif in 2015 reported the would-be attacker to authorities after he delivered “very incoherent” rants that included support for ISIS leaders. “He definitely had genocidal beliefs, you could say,” the co-worker said. “He had major issues with polytheists, he said they need to die.” The Royal Canadian Mounted Police said that after the complaint Sharif was interviewed by the Integrated National Security Enforcement Team (INSET) yet not arrested after he was determined to be “not a threat.”

The ram-and-stab is an old favorite of Daesh, but a method that they’ve tried to perfect. After the 7 Dec. Ohio State attack in which a Somali student ran his car into a group on the sidewalk and jumped out with a knife, but inflicted no life-threatening injuries, Daesh issued a remedial instructional guide recommending how to pick stronger blades and where to aim for the greatest chance of a fatal stabbing. The terror group also noted that advancing from a lone stabbing victim to a “small group” was only advisable “if one is capable.”

In France, two women were stabbed to death on 1 Oct. in an attack claimed by the Islamic State through a statement issued by their Amaq news agency. The 17- and 20-year-old victims were attacked by an assailant who yelled “Allahu Akbar” before slitting the throat of one woman and stabbing the other in the stomach. The terrorist was shot to death by police.

Edmonton image from Reuters, via The Globe and Mail, 01 Oct 2017, Edmonton attack suspect facing terrorism charges was investigated by RCMP in 2015, https://beta.theglobeandmail.com/news/national/edmonton-attack-terrorism-truck-isis/article36449925/?ref=http://www.theglobeandmail.com&